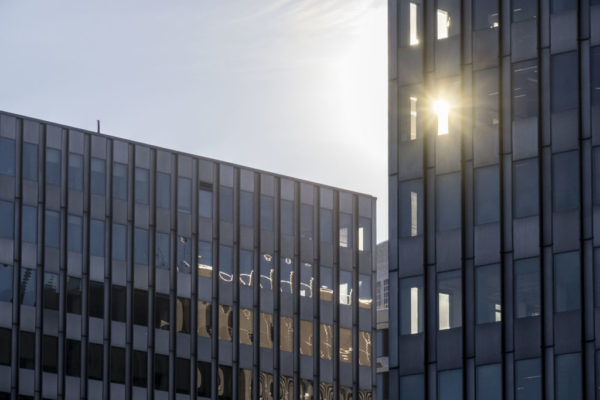 Arlington’s office vacancy rate could drop below 15% next year as business continue to move to the area, according to some local experts.

Leaders of commercial real estate Avison Young and Arlington Economic Development (AED) said there is likely to be continued progress in Arlington’s long-standing struggle with a high number of empty office spaces.

“There’s still a lot of work to do, and it’s going to be a steep hill to climb,” said AED Interim Director Alex Iams during a “Future of Arlington” panel organized by Bisnow yesterday (Thursday.)

However, Iams and Avison Young Principal Nick Gregorios both said they expect the office vacancy rate to drop again in 2020. If growth continues at its current rate in 2020, the vacancy rate could fall by up to 1.5 percentage points, Gregorios said.

As of Sept. 30, commercial real estate firm JLL reported an office vacancy rate of 16% in Arlington, down 5% from the county’s all-time high of 21% in 2015. This puts Arlington just below the current national average of 16.7%.

Iams said companies like Yext, PBS, and iTG coming to Arlington or renewing their leases have contributed to the vacancy rate drop.

Thursday’s panel itself was held on an empty floor of the Ballston Exchange office space.

“Just look around you, we’re sitting in a building right now where the National Science Foundation vacated in one fell swoop,” Gregorios said, referring to the NSF’s departure from Ballston to a new space in Alexandria.

In 2015, now-former AED director Victor Hoskins pledged to bring Arlington’s office vacancy rate down to as low as 10 percent within the next six years. That goal is thus far unrealized, but Arlington might come close with Amazon’s arrival continuing to generate interest in Arlington office space.

Shortly after helping Arlington woo Amazon, Hoskins left his position to head the Fairfax County Economic Development Authority. Since then, Iams has been left to continue Hoskins’ work, with HQ2 as a tailwind.

“[Heading into 2020] with Amazon and HQ2, we’re doing things a little differently,” Iams said, speaking to AED’s business recruitment strategy. “We’re approaching different markets with a list of 10-15 companies that we’ve identified in advance, knowing that we can get in front of them when they’re in the market for relocation and expansion.”

According to the 2019 Q2 earnings release from Amazon headquarters developer JBG Smith, since the HQ2 announcement one year ago the company has executed one million square feet of new leases in the National Landing area — Crystal City, Pentagon City and Potomac Yard — plus 400,000 square feet of renewals.

“What we used to do is go to tech conferences to get out name out there in order differentiate ourselves, but that’s not the case anymore,” Iams said. “Northern Virginia put itself on the map during the HQ2 process, and we’ll continue to work closely together for out-of-market deals with our Northern Virginia partners.”