The Biden administration has pledged to ‘shorten from years to months‘ the timeline for processing asylum claims.

As part of this big push, Customs and Border Protection is now placing asylum seekers directly in immigration court. There’s just one problem: CBP is forgetting to actually file the charging document, so, when the immigrant shows up to court, the Immigration Judge has no alternative but to dismiss the case.

Recently, DHS has been following this rule, particularly in cases involving noncitizens who enter through the U.S. southern land border. Great, right? Well, only partially.

The Transactional Records Access Clearinghouse (“TRAC”) at Syracuse University issued a report on July 29, 2022 that describes how DHS is actually timely-filing very few charging documents, which is resulting, and will result, in mass dismissals of cases against noncitizens.

Here’s what appears to be happening: noncitizens arriving at various ports of entry and through the land borders encounter DHS Customs and Border Protection (CBP). CBP decides that it would be appropriate to initiate deportation proceedings against the noncitizen. CBP then enters the immigration court scheduling system, and finds an open date and time for a hearing. CBP issues the NTA with that date and time, and then gives the NTA to the noncitizen. The noncitizen then leaves CBP custody, under the impression that he or she will have a hearing on the date and time listed on the NTA.

However, CBP is, frequently, not following through on filing the NTA with the appropriate immigration court, meaning the immigration court does not have the document that actually initiates the deportation proceedings against the noncitizen.

Thus, the noncitizen shows up to the court on the date and time in the NTA only to discover that the immigration court has no idea who she is. The court then “dismisses” the case because the case never actually existed within the court system. 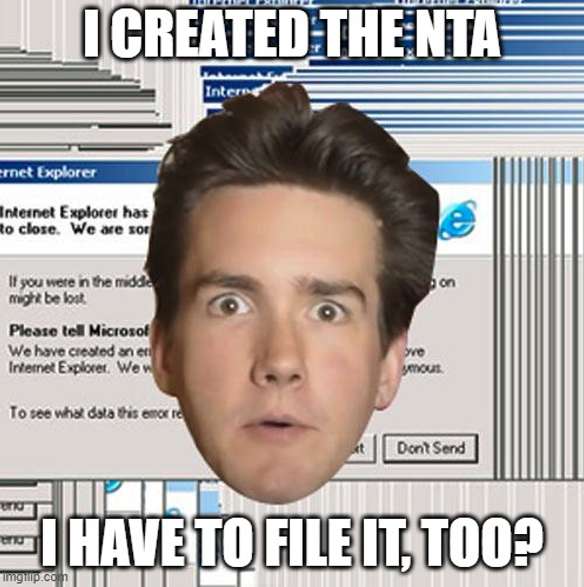 According to TRAC, this is happening more often in certain immigration courts. For example, TRAC found that that the Houston Immigration Court has had 54% of cases dismissed due to DHS failure to file the NTA. Other courts, like the Baltimore Immigration Court, have had zero cases dismissed for this reason. Clearly, there is a breakdown occurring between the CBP officers who schedule the hearings and issue the NTAs and the CBP officers in charged of actually filing the NTAs with the relevant immigration court.

Depending on your perspective, this is either very good or very bad. From DHS’s perspective, this is very bad. CBP is wasting its own time, ICE’s time and the court’s limited dates on the calendar, to create NTAs with “scheduled” hearings and then failing to file the NTAs. After the cases are dismissed, many noncitizens are left in a limbo with no immigration status.

From our perspective, this can be very good for our clients. Many of these noncitizens are asylum seekers. When a noncitizen is actually placed in deportation proceedings and the case is properly initiated in the immigration court, the noncitizen only has the option of applying for asylum before the court.

As always, we welcome your thoughts and will do our best to respond to your comments.

Biz Talk discusses the rise of venture capital from Arlington-based companies in the second quarter of 2022.

Arlington — along with D.C., Alexandria, Fairfax County and most of the rest of Northern Virginia — is under a Flood Watch today. The watch takes effect at 2 p.m….

Like the swallows of Capistrano, the Hello Kitty truck keeps returning to a warm and welcoming place: Pentagon City. As it did last summer, the truck will be setting up…

It will be hot again today but things should start cooling off by the weekend, providing an early preview of the season to come. As the calendar marches inexorably towards…

END_OF_DOCUMENT_TOKEN_TO_BE_REPLACED

More Stories
NEW: Whitlow’s is coming back — but not to ArlingtonACPD: Man runs off with bag of cash as ATM is being filled at Pentagon City store