Back in 1952, Congress determined how the total number of immigrant visas (green cards) would be allocated into different categories, both in family and employment-based cases.

Those visas were further allocated based on the applicant’s country of birth. This is where the “wait in line” part of immigration comes in.

For example, Indian nationals who are applying for a green card under employment-based category two, which is for professionals with an advanced degree or individuals of exceptional ability, are waiting approximately ten years to actually be able to apply for the green card because a visa is not available. Currently, only Indian nationals in this category who had a petition filed on their behalf on or before February 15, 2012, are eligible to receive a green card.

Congress also dictated that if any family-based visas went unused, those visas could be pushed over to employment-based categories. This was done to ensure that all available visas are used during each fiscal year.

Just like everything else, COVID-19 had a major impact on U.S. embassies and consulates, resulting in very few visa interviews and approvals. Additionally, USCIS did not use 66,781 visas by the end of fiscal year 2021; thus, number of employment-based visas for fiscal year 2022 has been bumped up to approximately 280,000.

Now, the two agencies are rushing to issue as many visas as possible before the end of the fiscal year, which ends on September 30. As of June 30, the two agencies had only issued 176,281 visas, leaving approximately 103,719 visas unaccounted for. 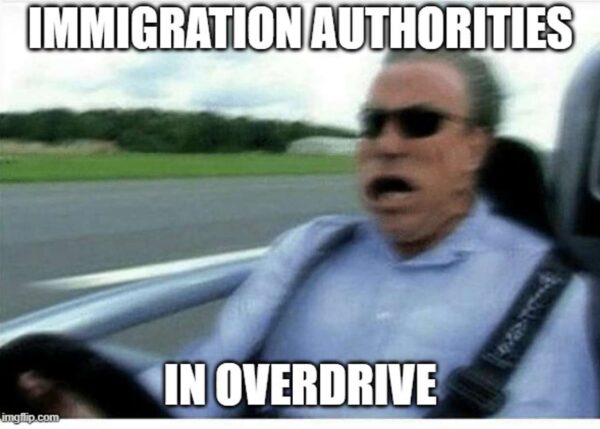 USCIS cites a number of reasons why more visas have not been used thus far, even with the fiscal year end quickly approaching. First, USCIS has had issues with its capacity to adjudicate cases generally, partially due to the pandemic along with resource constraints during the prior administration.

The second issue is the Department of State’s limited capacity to adjudicate cases. Some embassies and consulates remain closed or only partially open due to local conditions, such as COVID-19 or civil unrest.

Another step USCIS has taken is sending employment-based cases outside of the office that would normally have jurisdiction over the case and sending it to a less-busy office.

We have seen this in action in our own cases: one employment-based applicant living in the Boston area had an office in Oklahoma adjudicate his green card. Another case that would normally be adjudicated in Baltimore is currently with the Memphis USCIS Field Office.

A few words of caution for our readers: if you are the beneficiary of an approved employment-based petition, make sure you are actually eligible to file your green card application before sending it off.

As always, we welcome your comments and will do our best to respond.

END_OF_DOCUMENT_TOKEN_TO_BE_REPLACED

More Stories
Morning Poll: Should delivery vehicles be towed if improperly parked on private property?An early look at our most-read stories of the year so far