Running from April 6-12, National Volunteer Week aims to “celebrate the ordinary people who accomplish extraordinary things through service,” according to the Volunteer Arlington website.

Arlington County Board Chairman Jay Fisette signed an official proclamation deeming the week the time to “celebrate the invaluable work that volunteers perform every day, to commit themselves to do even more through the many volunteer programs in our community, and to continue strengthening Arlington through volunteer service.”

In his proclamation, Fisette also notes that “volunteer service is needed now more than ever to tackle the tough social, economic, cultural, and humanitarian needs of our residents.”

A county-produced video promoting the week, above, boasts that 32 percent of Arlington residents volunteer each year — performing tasks like leading summer camp activities, teaching U.S. history and civics in preparation for the citizenship exam, and educating residents about emergency preparedness. Arlington residents donate more than 500,000 volunteer hours to Arlington County government each year, the video says.

Last year, the county honored volunteers with a special reception. Many volunteer opportunities in Arlington are posted on the Volunteer Arlington website. 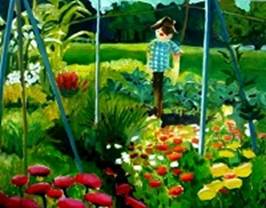 The Arlington Artists Alliance is organizing a week of art appreciation starting this Friday.

ArtFest 2014 will be held at Fort C.F. Smith Park (2411 24th Street N.) and will run from March 28 to April 4. Festival-goers will be able to enjoy an ongoing art show and attend workshops and demos, according to the organization’s website. This marks the 12th year the Artists Alliance will hold ArtFest, which is free and open to the public.

The Hendry House, a historic 20th century mansion on the park grounds, will host the art show throughout the week. In addition, artists such as Jackie Afram and Fran Simms will conduct workshops on painting with oil bars and watercolor.

An opening reception will kick off the week on Friday, March 28th from 6-8 p.m., at which visitors can meet the artists and enjoy light refreshments.

The Animal Welfare League of Arlington (AWLA) wants to make life a little better for its feline residents by upgrading their housing.

In the upcoming weeks, the shelter will undergo a complete facelift of its cat quarters that includes six cageless cat colonies, a separate kitten room, an adoption area with enlarged windows, and larger cages with spaces for hiding, perching and stretching. There will also be two isolation rooms for sick cats, two private rooms for potential adopters to “get acquainted” with the cats and a new HVAC system.

Neil Trent, AWLA President and CEO, expects all of the renovations and construction to be finished by the middle of March.

To pay for the renovations, the league launched a fundraising campaign dubbed Care And Transform (CAT). It has a goal of raising $670,000, to “improve the intake and quality of life for feline and small companion animals at the shelter,” according to a press release.

AWLA’s cats stay for 35 days on average, but some end up staying for as long as a year, according to the press release. For long-term cats, the new improvements are very important.

In a 2010 report, the Association of Shelter Veterinarians (ASV) claimed that “poor cat housing is one of the greatest shortcomings observed in shelters and has a substantially negative impact on both health and well-being.”

“We believe that while cats are in our care we must do everything that we can to enrich their lives and that includes an opportunity to stretch, climb and play,” said Trent.

AWLA held an adoption event this Valentine’s Day weekend to benefit the CAT campaign. For just $14, attendees could adopt a cat, bird, or rabbit to call their own.

However, due to last week’s snowstorm, the event didn’t go quite as planned. One cat found a permanent home, but several others are still waiting to find a match. So far the CAT campaign has raised just over 35 percent of its goal. 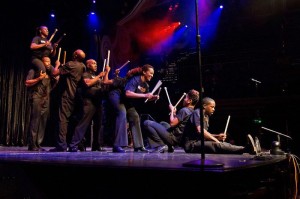 This weekend, Arlington County residents can get a taste of their own local Black history at the 22nd annual Feel the Heritage Festival.

The free event will be held in the Arlington View neighborhood, on Saturday, Feb. 22, from noon to 4:00 p.m. at Carver Community Center (1415 S. Queen Street). Festival-goers will be able to experience African American history and culture through food, art, and entertainment.

The event will include a “Hall of History” with unique photos and artifacts from Arlington churches and organizations, live music from the Howard University Gospel Choir, a performance by Step Afrika!, and a soul food menu by Bar-B-Que At Its Best.

The event will also host several vendors and children’s activities which include face painting, and a community wreath project made up of hand prints. Parking is limited, but shuttles running from the Pentagon City Metro station and the Drew Community Center will be available starting at 11:45 a.m.

Arlington County has a rich African American history. According to the National Park Service, Arlington House, or the Robert E. Lee Memorial, was not only the home of Robert E. Lee, but was also built by, and home to over 60 slaves. Arlington was also home to two historic African American communities: Freedman’s Village, which was formed by freed slaves during the Civil War, and Queen City, which was formed by decedents of Freedman’s Village and which was eventually razed in order to build the Pentagon.

In addition, Arlington’s Stratford Junior High School was the first public school to integrate after the legendary Brown v. Board of Education Supreme Court decision in 1954, according to the Black Heritage Museum of Arlington. 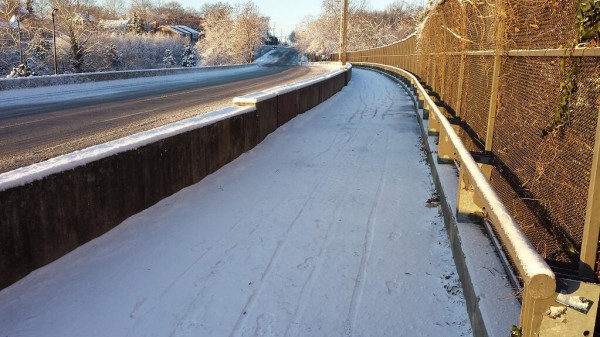 (Updated at 7:50 p.m.) The effects of last week’s winter storm were felt by one group of commuters for days following the last snowflake.

The inconvenience of traveling in the cold and sometimes icy conditions proved not only difficult for those traveling by car, but also for local cyclists. At Saturday’s Arlington County Board meeting, resident Gillian Burgess expressed her concerns about clearing bike trails after snow storms occur in the area.

“We only have one car, and we have lots of bikes,” Burgess said. “Unfortunately, it’s not safe to take most of these bikes onto the trails in the state that they’re in. So I leave the car with my kids because I want them to be the safest, and instead I’m left with the choice of biking on very busy streets that are not safe.” 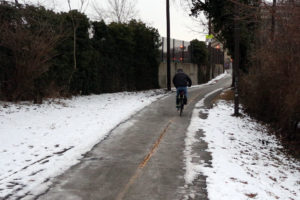 “My husband and I first moved to Arlington years ago because we wanted to live the car-light lifestyle,” she continued. “Now we have two kids and one car, and we love it. And most of the time we love mostly biking and walking around Arlington. Unfortunately after it snows we don’t have that luxury. We have found that both after the storm in December and currently, trails do not get cleared.”

According to county Dept. of Environmental Services spokeswoman Shannon Whalen McDaniel, the county does not have dedicated resources for clearing ice and snow from its shared-use trails.

“Staff have been collaborating this past year to find a viable solution to clear these trails,” McDaniel said in an email. “The Department of Parks and Recreation has made an effort to handle snow clearing on trails after addressing other priorities such as snow clearing for several County buildings, routes to schools and Metro rail stations, as well as assisting in the clearing of streets and walkways at other locations.”

Board Chairman Jay Fisette agreed that the county has encouraged walking and biking to get around — the “car-free diet” — and he said Burgess’ concerns were understandable. 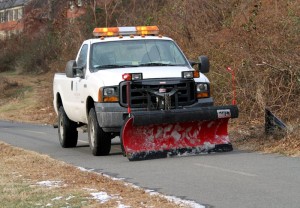 “We have heard over time, increasingly the question about bike trails — and it’s a natural one because we’re promoting walking and cycling,” he said. “It makes complete sense that we [are getting] more questions from those who have drunk the Kool-Aid and participate in that culture and maybe even got rid of that car so that they can bike and walk and use transit more frequently.”

Tim Kelley, the marketing manager for Bike Arlington, wrote in Bike Arlington’s forums that the county’s 25 bike counters on its shared-use trails register “a big dip in usage during and in the days following a big snow storm.”

Fisette, who mentioned he is a cyclist himself, remains “unresolved” on the issue.

“I have probably the full range of questions about this as anyone would, you know, about resources, about prioritization, about effectiveness and the environmental impact,” Fisette said. “So I would just say that from my perspective, to have some sort of coherent input from [County Manager Barbara Donnellan] thinking about… what the options are for Board consideration might make sense.”

The planned Long Bridge Park aquatics center has been the subject of controversy lately — as critics decry its rising projected construction and operating costs.

Why spend more than $80 million building it when Arlington already has three public pools and other pressing needs, critics ask.

But for one Arlington resident, who spoke at Saturday’s County Board meeting, the facility does represent an unmet need in Arlington.

During the meeting’s public comment period, Cynthia Siton told the Board that the facility could serve residents with multiple sclerosis, like herself. She said that the three existing pools are inadequate for MS sufferers because the water temperature is kept too high, forcing her to use Fairfax County pools instead.

“In the summer I find that the pools in the county — the three county pools — the water is too warm,” she said. “Fairfax County pools tend to keep their water cooler, which is very important for people with MS.”

Siton explained the importance of cooler temperatures for MS patients.

“It’s important during exercise to keep the body at a cool temperature,” she said. “That is, also one of the reasons that I favor pool expansion. There are very few exercises that people with MS can engage in because exercise naturally raises the body temperature, bringing on symptoms. Swimming is a way to get exercise and maintain a pretty steady body temperature.”

In response, County Board Chairman Jay Fisette revealed that his own brother had been diagnosed with MS approximately a year and a half ago. Fisette said he understands the dangers of overheating.

“Heat is not healthy for someone with MS, I hadn’t actually thought about that in terms of aquatics or swimming, but it makes complete sense from what I know,” he said.

In addition to an 80-86 degree teaching pool, supporters of the aquatics center point out that it will include a therapy pool that could be used by seniors and other groups that need a more specialized swimming environment than that offered by the three existing county pools, which are located in Arlington’s public high schools.

The Long Bridge Park Aquatics, Health and Fitness Facility project is currently on hold. Earlier this month, Arlington County Manager Barbara Donnellan ordered her staff to review the costs of the facility and recommend a plan — which could mean downsizing or cancelling the project.

Siton said she hopes for the best.

“My hope is these pools will afford people to swim in environments where they’re comfortable getting in and out of the pool and swimming comfortably in the lanes.”