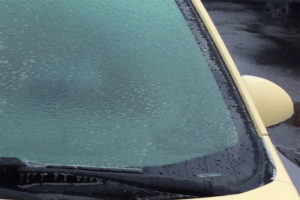 The National Weather Service has issued a Winter Weather Advisory for Arlington and surrounding areas on Saturday.

County and VDOT crews are already pretreating roads ahead of the potentially snowy and slippery weather.

All the salt spread on local roads and sidewalks for Thursday night’s snow non-event may come in handy after all.

The National Weather Service has included Arlington in a Winter Weather Advisory. Up to three inches of snow are expected to fall Saturday morning.

Winter Weather Advisories for late tonight and Saturday expanded. Snow in the advisory approximately 1-3 inches, 3-6 inches in the warning. pic.twitter.com/irzUo7daBD 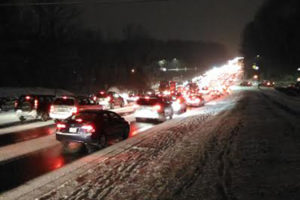 The National Weather Service has issued a Winter Weather Advisory for Arlington and the rest of the D.C. area. The advisory begins at midnight and runs through 9:00 a.m. on Thursday. Although the Capital Weather Gang points out that not much accumulation is expected, if any, temperatures in the 20s will create slick conditions when and if there is precipitation.

THE NATIONAL WEATHER SERVICE IN BALTIMORE MD/WASHINGTON HAS
ISSUED A WINTER WEATHER ADVISORY FOR SNOW… WHICH IS IN EFFECT
FROM MIDNIGHT TONIGHT TO 9 AM EST THURSDAY.

A WINTER WEATHER ADVISORY MEANS THAT PERIODS OF SNOW WILL CAUSE
TRAVEL DIFFICULTIES. BE PREPARED FOR SLIPPERY ROADS AND LIMITED
VISIBILITIES…AND USE CAUTION WHILE DRIVING.