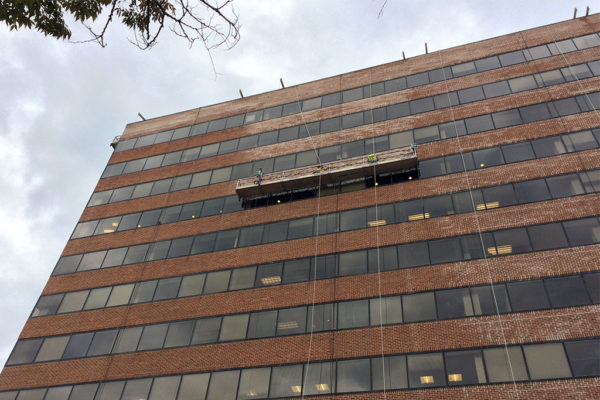 Kasich, McAuliffe at GMU Today — Govs. Terry McAuliffe (D-Va.) and John Kasich (R-Ohio) will help dedicate the newly-named Schar School of Policy and Government at George Mason University in Arlington this afternoon. The school is being named after Dwight C. Schar, founder of homebuilder NVR, Inc., who has pledged $10 million to GMU.

Vornado Considering Short-Term Stays — Remarkably, the 699-unit Bartlett apartment tower in Pentagon City is more than 60 percent leased only a few months after opening. To temporarily fill vacant apartments, however, owner Vornado is asking for permission to open 50 units to short-term visitors, turning those units into a kind of extended stay hotel. [Washington Business Journal]

Police Raid Near DJO — Residents in the Williamsburg neighborhood near Bishop O’Connell High School say there was a police raid at a house on the 2800 block of N. Tacoma Street on Friday. An Arlington County Police spokeswoman would only tell us that “officers were executing a search warrant pursuant to an ongoing and active criminal investigation.”

Clement Accuses Dems of Stealing Signs — Independent County Board candidate Audrey Clement says he signs are being stolen and she’s pointing the finger at Democrats. The chair of the local Democrats says some of their signs have disappeared as well and called on whoever is removing any candidate’s signs to stop. County Board John Vihstadt believes the sign stealer is someone opposed to roadside signs in general. [InsideNova]

Ann Broder Dies — Former Arlington School Board member and longtime local activist Ann Broder has died at her Arlington home. She was 87. Broder was married to the late, Pulitzer Prize-winning Washington Post reporter David Broder, who died in 2011. [Washington Post]

Marriage Jubilee Mass in Arlington — Arlington’s outgoing Catholic bishop, The Most Rev. Paul Loverde, celebrated the church’s annual Marriage Jubilee Mass at the Cathedral of St. Thomas More in Arlington on Sunday. Among those in attendance were “150 couples celebrating their 25th anniversary and 109 couples celebrating their 50th anniversary.” [Associated Press]

Va. Voter Registration Deadline — Today is the last day to register to vote in Virginia before November’s election. [NBC Washington] 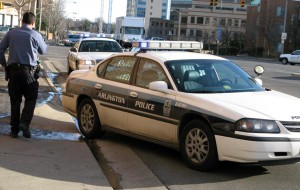 A “john” who says he was recently arrested in Arlington for hiring a prostitute is stepping forward with his story, and a warning to others.

“I write this piece as a warning to men in the D.C. metro area because I don’t want them making the same mistakes I did,” he writes.

The man wishes to remain anonymous and will not say where he was arrested, but confirmed it was during one of the recent prostitution busts taking place throughout Arlington.

“I thought you’d be interested in learning what’s it is like from the side of the john being arrested in Arlington,” he told ARLnow.com. “I hope I also give you some insight into why some people do this sort of thing. I figure since they make it a very public and embarrassing crime I might as well roll with it and own it.”

The man explains that johns arrested in Virginia don’t remain anonymous in the eyes of the law; the state’s practice of making public the names of those arrested has his identity scattered across the internet. Now, those who search his name for any purpose will see his arrest.

“I’m going to have to answer for what I’ve done to anyone and everyone for the rest of my life. I wear a scarlet letter now,” he writes. “It’s almost like you’re a sex offender, never mind that what you’ve done is a misdemeanor. They make [it] feel much worse; like it’s a felony.”

In the following excerpt from the man’s blog post about his experience with prostitution, he explains what happened during his arrest:

I was leaving the hotel where I had just met my latest “friend” and was trying to justify the cost in my mind as I walked down a busy street bustling with nightlife. I was oblivious to my surroundings and I never saw my judge, jury and executioners coming. They appeared out of nowhere. The next thing I felt was the coldness of the glass window as I was forced up against it and then the tightness of the handcuffs as they were snapped into place on my wrists. It was open season on Mr. John. I was visible to everyone. Had anyone I knew seen me I don’t know what I would’ve done afterwards to myself. I thought to myself that I rightfully deserved my fate and I am readily willing to admit it.

They were watching us Johns the whole time. As we went in an out of the rooms. In the end they got a whole bunch of us along with the escorts. It was a reverse prostitution sting without the female officer. They used the escorts that were there as the bait. I honestly should have turned back the minute I saw a police car in the parking lot leaving hurriedly, probably thinking that I spotted them or on their way to bust another John. But I wanted what I wanted and I paid the price. Even now when I walk past that hotel I look to see if they are staking the place out. I sometimes will see a police car parked there waiting for its prey. I then think about the poor fool who is about to be caught. Of course they use unmarked vehicles as well. If you see people standing around in a parking lot in plainclothes that’s them. All of this was being done the night I was caught, they actually didn’t come out of nowhere and I was stupid not to see the signs and know that they’re always watching.

I cooperated fully with the officers and told them everything they wanted to know. They spoke to me about the perils of prostitution. Besides the danger of STD’s (and yes I use protection) and the physical danger that these women are putting themselves into; I could also be robbed. They relayed to me some of the horror stories they’ve been subject to. While I too have read some of these stories online, having a police officer tell it to you in person really wakes you up to the reality.

So I appreciate what the police are doing and I know that I was wrong. All I’m saying is I’ll never do it again–not so long as I’m in a place where it’s illegal. The pain I’ve put myself through is not worth it. Now every time I’m walking and hear a car screech I flinch thinking it’s a cop coming for me.

The man closes his piece with a straightforward warning to others: “Don’t turn into me.”