With summer around the corner, Arlington County has shared an update regarding four newly renovated parks.

The parks have either recently completed renovations or are planned to open soon.

The Fairlington Park playground opened in March. The project included a complete redesign and reconstruction of the playground, exercise equipment, park trail and more. The renovated play area offers options for different age groups and exercise equipment for all ages.

While there has been no ribbon-cutting yet at McCoy Park, it is fully accessible to the public. Enhancements at the park, which is wedged between Lee Highway and I-66, include a realigned sidewalk and a seating deck with tables and chairs.

Dawson Terrace Park hasn’t reopened yet, but the Arlington County website says it will be “later this spring.” Plans are for the two small courts at the site to be replaced with a single, lighted court that can be used for basketball, volleyball or other court games. A separate playground area will cater to kids and the park will have have upgraded picnic areas and trail connections.

Changes are coming soon to Dawson Terrace Park near Rosslyn now that the Arlington County Board has approved a $1.5 million construction contract.

Currently, there are two small courts at the park. These will be replaced by one larger, multi-use court the size of a high school basketball court.

Project illustrations show eight to 10 foot decorative fences installed on either side of the court, behind the basketball nets. Also included: new lighting and landscaping.

A small field along 21st Road N. is not scheduled for any renovations in this plan, but stormwater management and ADA improvements are in the works.

The County Board voted unanimously to grant the park contract to D.C.’s Bennett Group at Saturday’s County Board meeting (April 21), according to a county press release. County staff had recommended that the contract be approved.

“Arlington continues to upgrade and improve its parks, to make them both more accessible and more engaging,” County Board Chair Katie Cristol said in a statement. “These renovations will help ensure that Dawson Terrace will be a great park for everyone to use, for years to come.”

The three and a half acre park in the North Highland neighborhood is home to the Dawson-Bailey House, the second oldest home in the county, and site renderings include a decorative screen and plants that would form a buffer on the building’s eastern facade. In 2016, an archaeological dig at Dawson Terrace Park uncovered approximately 2,000 glass, ceramic, and glass objects from the 18th and 19th centuries.

Also at its Saturday meeting, the County Board approved the planting of over 1,000 trees in parks along Four Mile Run. The plantings are partially funded by a federal grant.

More from a county press release, after the jump.

END_OF_DOCUMENT_TOKEN_TO_BE_REPLACED 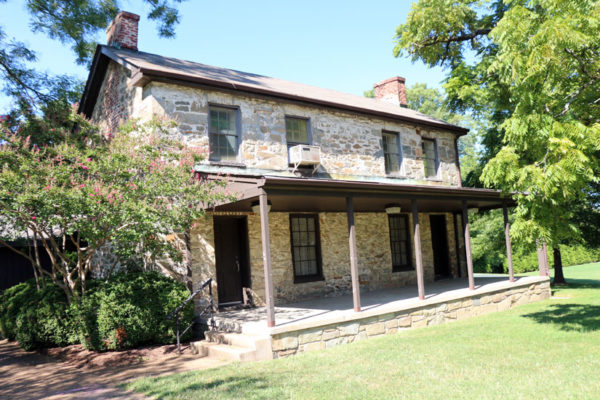 The contract for renovations at Dawson Terrace Park in North Highlands, northwest of Rosslyn, is set for approval, per a county staff report.

The work will renovate areas of extensive use, including a multi-use court, playground, walkways, and picnic areas. D.C.’s Bennett Group, beating out five other bidders, is expected to be awarded the $1,507,500.45 contract.

Landscaping, stormwater management, and ADA improvements will also be part of the project, but a small field along 21st Road N. will not be within the project’s scope.

The County Manager’s office has recommended awarding the contract and approving a $150,750.05 contingency for change orders.

The Dawson-Bailey House, believed to be the county’s second oldest house, is located at the park, at 2133 N. Taft Street.

The Dept. of Parks and Recreation has submitted documentation to the Historical Affairs and Landmark Review Board “to ensure the project respected and complimented the historic nature of the site.” 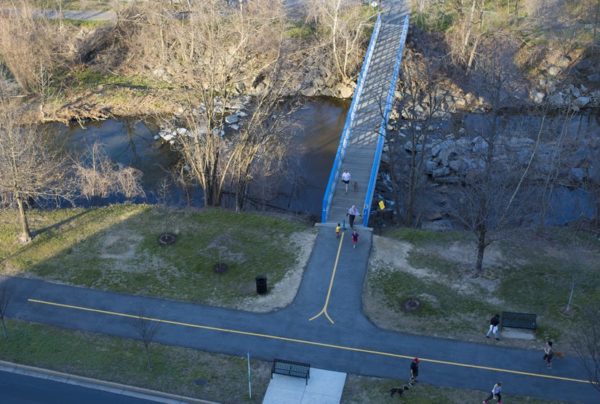 Ballston Named One of the Area’s ‘Hottest Neighborhoods’ — Ballston is among the top 5 “hottest neighborhoods in Washington,” according to Washingtonian. The magazine notes that Ballston’s median home price rose by nearby 10 percent last year, and that the forthcoming renovation of Ballston Common Mall will convert it into “an airy, downtown-like destination, akin to Fairfax’s Mosaic district.” The other four hot neighborhoods are Mount Pleasant, Trinidad, Shaw and Hyattsville. [Washingtonian]

Archaeological Dig Unearths History — An Arlington County-supervised archaeological dig at Dawson Terrace, near Rosslyn, has unearthed “243 ceramic objects, 1,603 glass objects, 74 metal objects and 13 others.” Most of the objects are believed to be from the 18th and 19th centuries. Dawson Terrace is Arlington’s oldest stone house, dating back to around the Revolutionary War. [Falls Church News-Press]

County Recognizes ‘Notable Trees’ — At yesterday’s Arlington County Board meeting, the county recognized this year’s batch of “notable trees.” Among the record 23 trees bestowed the honor for “their importance to our community, our environment and our sense of identity” was a Southern magnolia in Clarendon, planted in 1965 in honor of a fallen firefighter. [Arlington County, InsideNova]

Four Mile Run Initiative Advances — The County Board yesterday appointed a working group, charged with “providing advice, guidance and feedback to the Board and County staff on developing a comprehensive vision for Four Mile Run Valley.” The 95 acre area between Shirlington and Nauck, also known as Shirlington Crescent, is currently home to various light industrial businesses but may be ripe for redevelopment. [Arlington County]

Tickets Available to W-L Theater Production — Tickets to the Washington-Lee High School production of “Dark of the Moon” are available online. The show runs from April 28-30. [Tix.com]

A more-than-200-year-old piece of Arlington history will be the subject of an event at the Arlington Central Library (1015 N. Quincy St.).

The Dawson-Bailey House, believed to be the second-oldest home in Arlington, will be the focus of a visual presentation by Karl VanNewkirk, an Arlington Historical Society board member. The Sept. 12 presentation is part of a series of public programs between AHS and the library in an effort to further educate residents on the county’s history.

The Dawson-Bailey House was originally built as a one-room log cabin in the 1780s — though the actual age of the house is unknown. Both the Dawson and Bailey families occupied the house and continued to add to it for about 100 years. In 1955, after the last owner died, it was handed over to Arlington County. Today, the house is part of the Dawson Terrace Community Center (2133 N. Taft St.) and overlooks Spout Run Parkway in the North Highlands neighborhood, near Rosslyn.

The Ball-Sellers House, which is owned by AHS, is believed to be the oldest house in the county.

VanNewkirk’s presentation will include plenty about this historical landmark, including anecdotes about Abraham Lincoln and Robert E. Lee. Both are rumored to have visited the house during the Civil War era. Lee lived just a mile or so away in the Arlington House.

The hour-long program is set to begin at 7:00 p.m. on Sept. 12 in the library’s main auditorium. A Q&A session with VanNewkirk will follow.

This article was written by Maddy Berner

There was a tense moment for Arlington County Police today as officers confronted a man dressed in camouflage and armed with a shotgun near Rosslyn.

The incident happened just before noon on the 2100 block of N. Scott Street, in the North Highlands neighborhood. A resident called police, reporting a man dressed in camouflage in the woods of Dawson Terrace Park. The man was pointing a shotgun at something, the caller said.

Officers located the man, ordered him to drop the weapon and then took him into custody. Upon further questioning, officers determined that the man was an Art Institute student videotaping himself for a school project, according to Arlington County Police Department spokesman Dustin Sternbeck.

The man was informed that possessing a firearm is prohibited in county parks, then released without charges.

“He was not aware that he was in the wrong,” Sternbeck said. “No charges were filed. He just packed up his truck and left.”