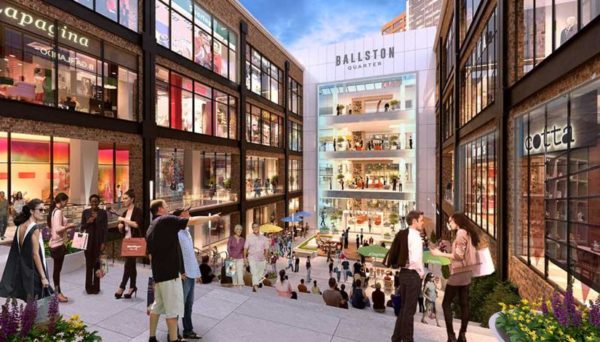 A number of stores, restaurants and the much-maligned movie theater remain open. But the scene will be changing this spring, when work on the project to convert aging shopping mall to a modern shopping center with open-air plazas, called Ballston Quarter, begins.

“Our schedule continues to proceed according to plans,” said Gary McManus, spokesman for Cleveland-based Forest City, the mall’s owner. “Forest City has not wavered from its plans and timeline to begin demolition on the Ballston Quarter site in May/June of this year.”

Mass store closures inside the mall were expected after the end of 2015, but many stores have remained open and intend to stay open until just before demolition starts.

“The stores that remain open are doing so at their request and we were able to accommodate that request as we wade through the permitting process leading to demolition in the spring,” McManus said. “It never was and still is not our intention for all stores at the mall to close.”