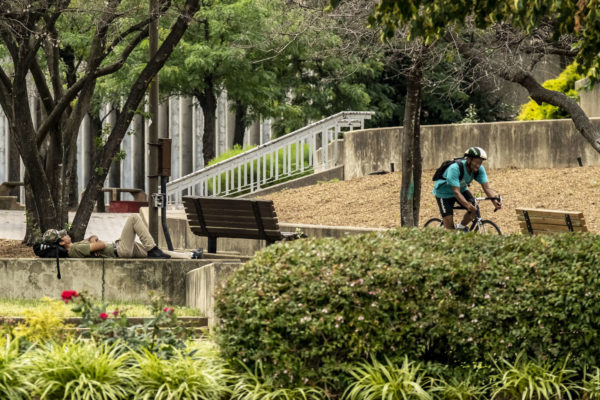 Rent Protest Today — Starting at the shopping center parking lot at 5001 Columbia Pike, a caravan of cars adorned with signs will travel to local apartment complexes to support “rent cancellation during this pandemic plus two months following the ability for community members to work and pay rent,” among other aims. The protest is being organized by La ColectiVA and other groups. [Facebook]

Animal Control Rescues Turtle from I-395 — “A few days ago, we got a call about a turtle very close to traffic on I-395. When Sgt Ballena arrived, he found a young snapping turtle who’s beak was fractured and bleeding. He took the turtle to Blue Ridge Wildlife Center, who will care for him until he can be released.” [Twitter]

Arlington Officers Injured During D.C. Protests — Despite an earlier comment by the police chief that no officers were injured, “a spokesperson for Arlington County Police told us, ‘one Arlington officer suffered a concussion and several others suffered bruises and abrasions.'” [WUSA 9]

Home Sales Downs, Prices Up — “May is usually one of the best months for housing sales, but the COVID-19 pandemic and a lack of listings sidelined many potential buyers. The D.C. area had its slowest May for sales in a decade. But more sellers stepped up from April and prices continue to rise year-over-year… The median price of what sold in Arlington County was $622,500, up 1.2% from last May.” [WTOP]

Could HQ2 Be Downsized? — Amazon prizes in-person interactions among employees, but there are still questions as to whether the company will proceed with the second phase of its 4+ million square foot permanent second headquarters in Pentagon City. [Washington Business Journal]

Orange Line Platform Work Moving Along — “Two weeks into the summer shutdown, construction activity is well underway at Vienna, Dunn Loring, West Falls Church and East Falls Church stations. So far, construction crews have focused on demolition work, including the removal of all tiles from the platforms, mezzanines and pedestrian bridges.” [WMATA]

Two Recent Drownings Near Chain Bridge — While D.C. Fire and EMS warns of dangerous waters near the Chain Bridge, the department said another grim discovery was made Thursday. “There have been 2 drownings in the past 3 weeks near Chain Bridge and a body was recovered today,” DCFEMS said. [Twitter]

A band of brothers from Arlington saved a five-year-old girl from drowning this week during a trip to Ireland.

On Monday, three brothers — Walter Butler (21), Eoghan Butler (18), Declan Butler (18) — were enjoying a rare sunny Dublin day at a beach with their brother-in-law Alex Thomson (24) when they heard someone crying for help. The group leaped into action after spotting a young girl on an pink inflatable floaty, who was being pulled away by the ocean current.

The group was able to rescue the girl and carry her back to safety, as first reported by Ireland’s Evening Herald.

The boys’ mother, Meagan Cummings, told ARLnow that her children were visiting Ireland to bury their grandfather, who was born there and emigrated to the United States years ago. But there was also something very special about the fateful day of the rescue.

“Their grandfather, when he lived in Ireland many years ago, got on a ship to join the United States Navy. When he was coming over there was a telegram waiting for him that said his younger brother had drowned,” said Cummings. “The anniversary of his brother drowning was Monday.”

Cummings said the drowning death had made her and her parents fearful of water. That was one the reasons she encouraged her six children to learn to be good swimmers. The three Butler boys swam with the Overlee swim team for several years, and Walter and his sister were also on the Washington-Lee High School swim team.

“Only for them my daughter wouldn’t be here today,” said the father of the six-year-old girl, in an interview with the Irish Times. The man said he was unable to reach her from the shore, and could only watch as the current dragged the girl away and led her to lose her grip on the floaty she was clinging to.

“You could see the brave little girl fighting for her life, her head bobbing under and breaking the surface, she clearly could not swim,” Walter told the newspaper. “She was doing everything she could to stay alive.”

Three of the brothers swam for twenty minutes — almost a mile in total — to reach the girl. They took turns carrying her as they made their way back to the shore. Eoghan told the Irish news site the Independent that the girl was a “nervous wreck” and they calmed her by asking about her birthday and her favorite color.

Walter currently serves in the United States Coast Guard as a Health Services Technician. His mother said he put his training to use, assembling a plan for his three brothers to swim the distance and retrieve the girl while he met them halfway, to save his strength in case he needed to administer first aid.

'I was thinking we couldn't lose that little girl', young men who rescued child (5) swept out to sea on inflatable lilo speak out https://t.co/AHBF4b09F3 pic.twitter.com/430sTHqbef

Alex, who is married to the brothers’ sister Juliana, told the Independent that he thought of his own growing family during the rescue.

“The main thing I was thinking about was we couldn’t lose that little girl,” he said. “I’m expecting a daughter in October, and was empathizing with the father’s fear.”

Authorities reported the girl was taken to the hospital after the rescue and was treated for non-life-threatening injuries. Her father confirmed on Tuesday she was recovering back at home.

“The way I feel about it they were given a chance to rise to their best. And they did,” said Cummings, the boys’ mother. “And that just made me feel so proud.” 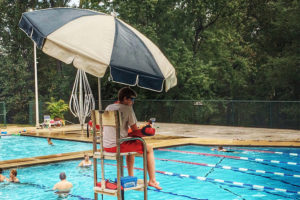 An 8 or 9 year old boy accidentally swallowed water while swimming and began struggling in the water, according to an Arlington County Fire Department spokesman. A lifeguard spotted the boy in distress and he was underwater by the time lifeguards reached him.

When the boy was pulled from the water, he had a pulse but was unconscious and not breathing, the spokesman said. Lifeguards performed rescue breathing and were eventually able to revive the boy, we’re told.

Paramedics arrived and transported the boy to Virginia Hospital Center for evaluation.

John Aldonis, the pool’s manager, declined to identify the lifeguards who saved the boy’s life but said they are local high school and college students.

“They did a great job,” Aldonis said. “They did everything correctly and followed the Red Cross protocols.”

Aldonis said this was the first time in recent memory that paramedics had to be called to the Dominion Hills pool for a life-threatening emergency.

A soldier who was stationed at Joint Base Myer-Henderson Hall has been found dead in the Potomac River.

Vincent Crapps, 24, is believed to have drowned after diving off cliffs on the Virginia side of the river. After an extended search and rescue effort, his body was found by Montgomery County (Md.) Police this afternoon.

Crapps was a member of the 3rd United States Infantry Regiment, better known as the “Old Guard.”

Detectives from the Montgomery County Police Major Crimes Division – Homicide and Sex Section are investigating a drowning that occurred on Saturday.

Today, following an extended joint operation, Montgomery County Fire & Rescue recovered the victim’s body in the water at approximately 2:25 p.m. Montgomery County Police search and rescue officers were on scene during these recovery efforts. The victim was pronounced deceased at the scene.

Montgomery County Police detectives are leading the investigation into the victim’s death. Investigation has revealed that the victim was diving off the cliffs on the Virginia side of the river when his friends noticed him go under the water and not surface. His friends called 911.

The victim has been identified as Vincent Crapps of the 3d United States Infantry Regiment (The Old Guard), stationed at Fort Myer, Virginia.

Arlington Boy Drowns in Shenandoah — A 3-year-old Arlington boy drowned in a Shenandoah County creek over the weekend. The boy had been seen playing with other children about 200 yards downstream from where his body was found by a search and rescue team. His death has been ruled accidental. [NV Daily]

Road Closures for Parade Near Shirlington — The westbound lanes of S. Four Mile Run Drive will be closed between Shirlington Road and Walter Reed Drive on Saturday for the Corso de Santa Cruz Parade. The closure is expected to be in place from 10:00 a.m. to 4:00 p.m. [Arlington County]

Grand Opening for Bluemont Fitness Facility — Though it has been open for several months, Bluemont-based Phoenix Fitness (5130 Wilson Blvd) will celebrate its grand opening on Saturday with free food, classes and giveaways. [Phoenix Fitness] 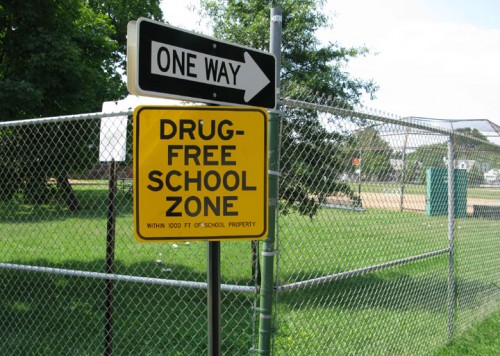 Police were called to Tim’s Rivershore Restaurant at 1:32 a.m., after the man walked away from a group he was with and had not returned for at least half an hour, Prince William County police spokesman Jonathan Perok said.

Members of the department’s marine unit and dive team found the man’s body floating in the Potomac River near the restaurant, Perok said.

An autopsy is scheduled to be performed this afternoon to determine the cause of death. Police do not suspect foul play.