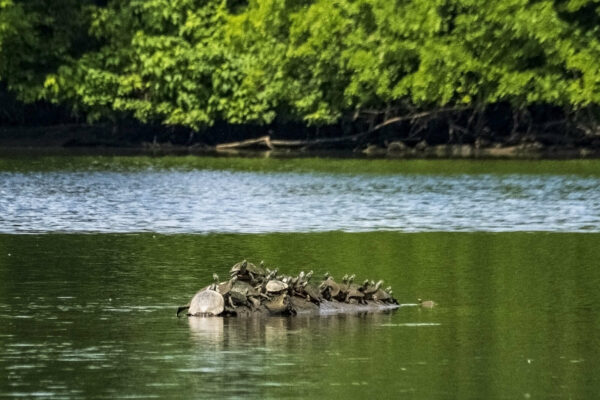 Structure Fire Near Ballston — “Units located a detached structure on fire behind a house with minor extension to the house. The fire was quickly extinguished with no reports of injuries to firefighters or civilians. The fire remains under investigation by the Fire Marshal’s Office.” [Twitter, Twitter]

Plane Runs Off DCA Runway — “A Frontier Airlines plane slid off the end of the runway at Reagan National Airport Friday night. Flight 538 from Denver was arriving at the airport at about 10:30 p.m. when the incident happened, Micah Lillard of the Metropolitan Washington Airports Authority said.” [WTOP]

Apparent Drowning in Potomac — “Several agencies said they called off a search for a swimmer in the Potomac River near Fletcher’s Boathouse Sunday. D.C. Fire and EMS called the situation an apparent drowning… Shortly after 3 p.m., a witness reported seeing a person try to swim the river from the Virginia side and not resurface, the fire department said. D.C. Police fire boats and units from the Harbor station, Arlington Fire Department boats and a Maryland State Police helicopter were assisting in the search.” [NBC 4, Twitter]

Sheriff Supports New Police Chief — From Arlington County Sheriff Beth Arthur: “Today, more than ever, police chiefs must commit to the principles of trust, accountability and transparency. I believe Andy [Penn] has demonstrated leadership in each of these areas and I look forward serving the Arlington community alongside him in his new role.” [Arlington County]

Mixed-Use Tower in Ballston for Sale — “The owners of Ballston’s tallest building are exploring its sale. Brandywine Realty Trust (NYSE: BDN) and the Shooshan Co., the developers behind 4040 Wilson Blvd., the final phase of the larger Liberty Center project, have put the $217 million tower on the market. The 23-story, 250-foot-tall building, completed last year, includes 225,000 square feet of office on the lower 10 floors topped by 250 apartments.” [Washington Business Journal]

Beyer Supports Fusion Power Research — “”If we do not pursue fusion energy, others will, and U.S. economic interests and influence will diminish as a result,” writes @RepDonBeyer in @sciam, arguing this energy tech can help the climate emergency and create #trillions of $$$ in economic growth.” [Twitter, Scientific American]

Newspaper Editor Attacked by Cicadas — From Sun Gazette Editor Scott McCaffrey’s blog: “The cicadas largely have left me alone, although two did get on my pants over the weekend and surreptitiously made it into Casa de Scotty… I gently removed those buggies and deposited them back outside so they could continue their search for love in what little time they have left on this earth. But yesterday, taking a midday walk around Falls Church, a more aggressive cicada flew right into the back of my shirt and started wriggling his (or her) way deeper in.” [Sun Gazette]