The store opened earlier this week to big crowds. As of 4 p.m. today, the store was jammed with school-aged kids and a few parents.

The well-reviewed Outer Banks, N.C.-based chain has been expanding quickly, with several new locations in Virginia in addition to the Lee-Harrison store, which replaced a former Baskin-Robbins.

The humble donut, once most closely associated with midnight shift cops, is one of the top food industry trends of 2015. Some bloggers have opined that donuts are “the new cupcake.” 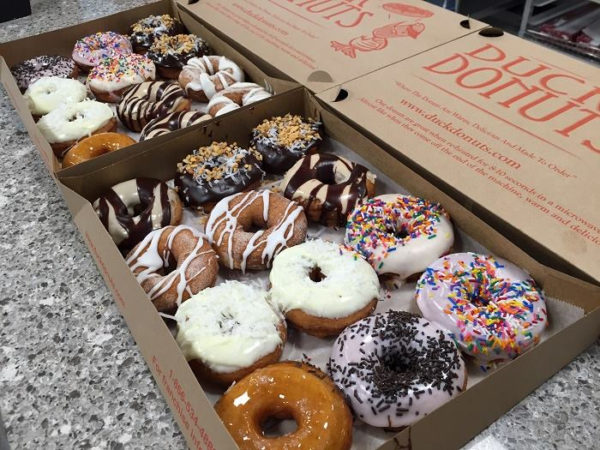 The Fairfax branch will open in the “first or second week of June” in the Boulevard Shopping Center at 10694 Fairfax Boulevard, said a Duck Donuts employee today by phone.

The Arlington franchise, which currently has no opening date, will be located in the Lee Harrison Shopping Center according to a brochure distributed May 12 by the development company that owns the center. It appears as though the new branch will open in the space formerly occupied by a Baskin-Robbins.