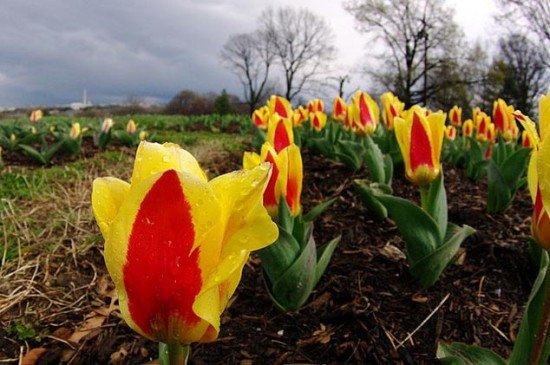 Sorority to Hold Chili Cook-Off and Bingo Fundraiser — The Northern Virgina alumnae chapter of the Delta Gamma sorority will hold a chili cook-off and bingo fundraiser at the Lyon Village Community House (1920 N. Highland Street) on Saturday night. The event starts at 7:00 p.m. and benefits the blind and visually-impaired. Tickets are available online for $25 apiece. [Clarendon Nights]

Murky Coffee Tax Cheat Moves West — Former Murky Coffee owner Nick Cho has packed up and moved to California. Cho, who owes Arlington County $56,000 in back taxes from his Clarendon cafe, is trying to relaunch his coffee career in the Silicon Valley area. In addition to his Arlington debts, Cho owes D.C. about $190,000 in back sales taxes. [Washington Post]

Thank You! — A big thank you to everyone who voted for ARLnow.com in TBD’s #DCjournotweeps poll. ARLnow.com editor Scott Brodbeck narrowly edged out WTOP’s Neal Augenstein for the title of “best journalist using Twitter to cover local news.” [TBD]

ARLnow.com has only been around for 8 months now, so it’s a bold, presumptuous move for us to try to get nominated for one of Arlington’s Best Business Awards. But heck, we’re going to do it anyhow.

Click here to go to the ABBIES nomination form and — if you think we’re doing a good job — write in “ARLnow.com” in the category for “Arlington’s Best Place to Learn Something New.”

With the long list of bars, bakeries and restaurants that have opened in the past 12 months, we couldn’t possibly expect to win a nomination for “Arlington’s Best New Business.” But hey, if you’re feeling inspired, we’re not going to stop you.

Disclaimer: the ABBIES are an ARLnow.com advertiser. According to officials, however, that does not disqualify the site from award eligibility.