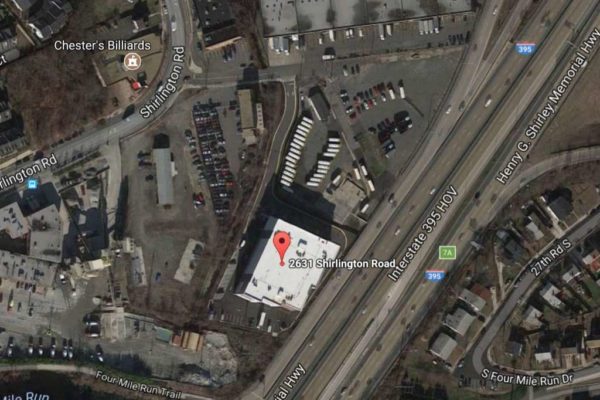 Arlington County is interested in purchasing property in Nauck that has been the subject of redevelopment talks for years.

At its meeting next month, the County Board will take up the issue of purchasing 2631 and 2633 Shirlington Road, according to a public notice the county released this week.

Several years ago, a portion of the 153,000-square-foot industrial site near Shirlington was redeveloped into a self-storage facility, called CubeSmart. Prior to that, it was considered as a potential location for an urban Walmart, but the County Board quickly passed a measure that would require large-format retailers to get Board approval for building stores.

Arlington County is already leasing the parking lot next to the CubeSmart for ART buses and other needs.

The public notice indicates that the county might consider acquiring the land through eminent domain if the owner does not agree to sell.

Walmart, Target and other large format retailers are going to need to get County Board approval should they ever want to build a store in Arlington.

On Saturday the board unanimously approved a change to the county’s zoning ordinance that will require new “big box” retail stores to seek a Special Exception Use Permit. Before that, a large retailer could have theoretically built a store in certain areas on a “by right” basis, without the need to obtain board approval.

The amendment will apply to retail stores with a gross floor area of 50,000 square feet or more on any level, or stores with 200 more more dedicated parking spaces. Car dealerships were exempted from the rule.

“With the Board’s action, [large format retail] developments will only be built in Arlington after the community has an opportunity to review potential negative impacts and determine the appropriate conditions to mitigate those negative impacts,” Arlington County said in a press release.

ARLnow.com was the first to report that the board acted to make the zoning change after a developer, working on behalf of Walmart, started expressing interest in an industrial site near Shirlington. County staff warned that “big box” stores like Walmart could generate four times the amount of local road traffic as a similar-sized office building or hotel.

“This isn’t to impede someone from setting up shop if they want to do business here,” board member Walter Tejada said during Saturday’s board meeting. “It’s really saying that we should have a dialog, that there should be a process in which we can address any potential negative impacts to neighborhoods.

“By putting this in place we at least create for ourselves the opportunity to enter the conversation,” added County Board Vice Chair Mary Hynes.

Board member Jay Fisette noted that many other localities have similar rules already in place.

“I think perhaps the reason it came last here is because we don’t have as many of those big pieces of land — the targets of that sort of thing,” Zimmerman said. 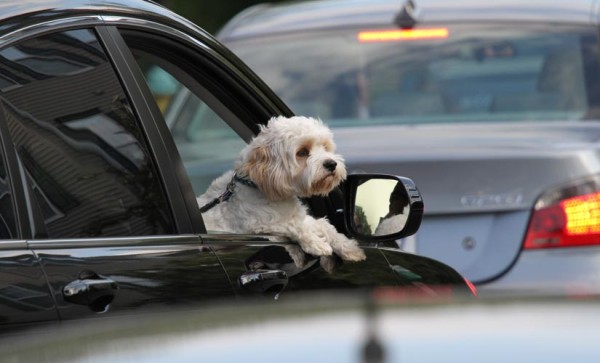 More on Possible Shirlington Walmart — Three months after ARLnow.com reported exclusively that Walmart was eying a site for a possible store in Shirlington, County Board Chairman Chris Zimmerman is acknowledging that the county is aware of Walmart’s interest in Shirlington. This weekend the County Board is expected to discuss changing the zoning ordinance in order to prevent “big box” stores like Walmart from being constructed without Board approval. When the ordinance change was first advertised, the word “Walmart” was never mentioned. [WTOP]

Fire Station Open Houses This Weekend — Arlington’s 10 fire stations will each be conducting an open house between 10:00 a.m. and 4:00 p.m. on Saturday. The kid-friendly event is organized as part of Fire Prevention Week 2011. [Arlington County]

Turnaround at AWLA — There’s a turnaround underway at the Animal Welfare League of Arlington, which had been criticized for its relatively high euthanasia rate for dogs and cats. The shelter’s euthanasia rate during fiscal year 2011 was down 60 percent compared to the year before. The “positive outcome” rate for sheltered dogs rose to 91 percent from 80 percent one year prior. [Sun Gazette] 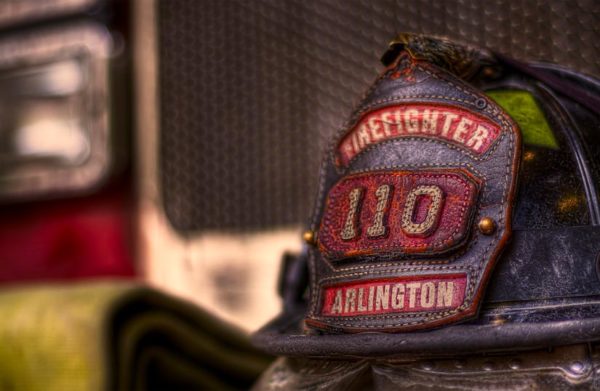 Somber Anniversary at the Pentagon — A crowd of 1,600 people — including survivors and loved ones of victims — gathered at the Pentagon yesterday to mark the 10th anniversary of 9/11 attacks. Vice President Joe Biden, Defense Secretary Leon Panetta and Joint Chiefs of Staff Chair Adm. Mike Mullen were among the speakers. President Obama arrived later in the afternoon and laid a wreath at the Pentagon Memorial. [Washington Post, New York Times]

‘Walmart’ Ordinance May Be Delayed — The County Board was supposed to vote this month on a new ordinance designed to give the board final approval on all ‘big-box’ development in Arlington, but county staff wants another month to write the ordinance. [Sun Gazette] 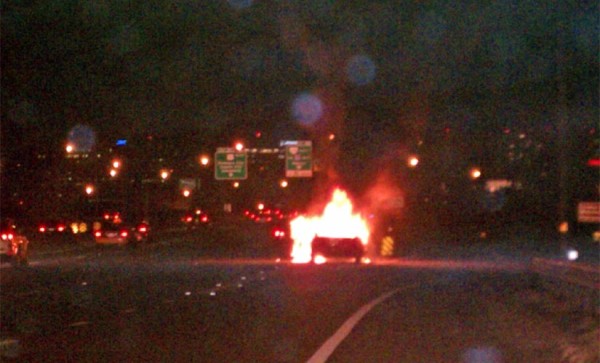 Car on Fire on I-395 — A car caught fire on southbound I-395 near Boundary Channel around 9:30 last night. The car was fully-engulfed by the time firefighters arrived on scene. No injuries were reported

Sun Gazette: Thumbs Down to Board’s ‘Walmart’ Action — The County Board’s last-minute, unannounced vote at the end of its final meeting before the summer recess is getting a “thumbs down” in the opinion pages of the Sun Gazette. The Board voted to advertise hearings on a zoning ordinance amendment that would prevent large-format retailers like Walmart from building a store without prior Board approval. “County staff so far have been unable to explain what the rush is – they want to get this approved by the County Board later in the month – and exactly what problem they are trying to solve,” the paper opined. [Sun Gazette]

School Board Challenger Drops Out — Independent Green candidate for school board Andrea Ochoa has withdrawn from the race, according to Arlington elections officials. Incumbent Democrat Abby Raphael will now run unopposed.

Street Sign Mistakes — Typos happen, including on street signs in Arlington. Among the examples: “22rd Road,” “Chian Br. Road” and an unspecified misspelling of “school” on a parking sign. [Falls Church News-Press]

Two area civic associations are weighing in on the potential for ‘big box’ retail development on the industrial areas near Shirlington.

Last week the County Board voted to advertise a change in its zoning rules that would require planned commercial buildings over a certain size to seek a ‘Special Exception Use Permit’ from the Board. As we exclusively reported, the move was in response to interest in the industrial sites along Four Mile Run — near Shirlington — by large-format retailers like Walmart.

After our article ran, we asked the leaders of two nearby civic associations what they thought of the Board’s action and the potential for large-format retail development in the area.

Dr. Alfred O. Taylor, Jr., president of the Nauck Civic Association, said he was happy that the Board took the first step to ensuring that large-scale development in the area is given due consideration by the community.

The Nauck Civic Association participated in the decision to seek a Special General Land Use Permit for the Rosenthal [car lot] site and two additional sites in the designated Shirlington Crescent/Four Mile Run Drive area. The community had undertaken years of study of the area, but the study was curtailed a couple of years ago due to budgetary restraints and never adopted. The Association supports the action of the County Board in that it will bring back a continuation of the study previously worked on for a number of years and especially the results of a traffic study that is not binding if the by-right option is exercised under the present zoning. A change in the GLUP will allow the residents of Nauck have a say in the future development of the area.

Given that property’s proximity to the Long Branch Creek Civic Association, I am very glad to see that the County short-circuited any attempt by Wal-Mart to develop the property “by right” without Board approval (and, presumably, community input).

A big-box retailer like Wal-Mart has a big impact on the surrounding neighborhoods.  We are glad that the County Board has ensured that there is an opportunity for robust community input into the planning process for this property.  We look forward to participating in that process.

We reached out to two entities that represent business and developer interests in Northern Virginia, but both declined to comment on the record.

Arlington is taking action to fend off potential by-right development by big box retailers, like Walmart, in the county’s industrial areas.

Just before adjourning for the summer, the County Board quickly and unanimously passed an item that did not appear on the board agenda. The item, a request to advertise public hearings, is the first step to passing a zoning amendment that would effectively prevent Walmart, Target and other large-format retailers (including certain supermarkets) from building stores without the Board’s prior approval. 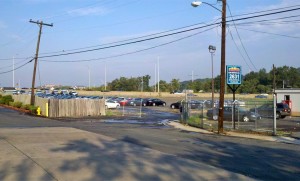 The Board took the action as Walmart eyes an industrial site near Shirlington, adjacent to I-395 and the former Washington Golf store, for potential development. A source tells ARLnow.com that the retail giant is in the very early stages of a plan to build one of its new, multi-story urban-style stores, like those proposed for the District and Tysons Corner, at the site, which is currently occupied by a large car storage lot. The store, according to the source, would be two to three stories high with a smaller footprint than the typical, suburban Walmart store.

The proposed zoning amendment advertised Tuesday night specifies that any building in a “C-1” or “C-2” commercial zone, with a “gross floor area of 50,000 square feet or more on any level” would be subject to prior approval by the County Board under a Special Exception Use Permit. The exception would also apply to buildings with 200 or more parking spaces. Under the current zoning ordinance, Walmart would be able to build a store on the Shirlington site “by right” — without Board approval — a source with knowledge of zoning issues tells us.