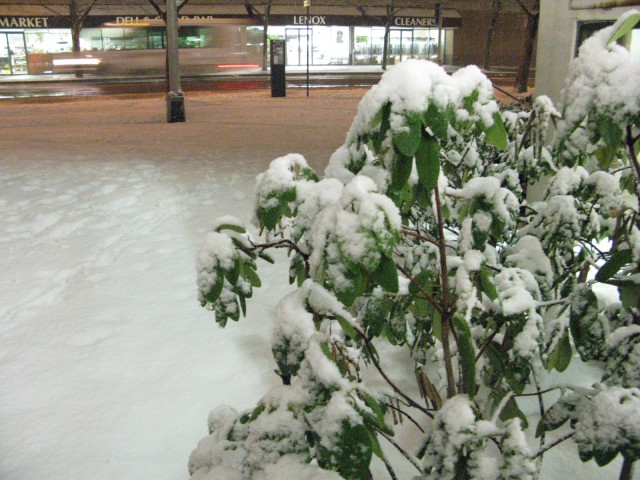 South Arlington has about 1.75 inches of snow on the ground as of 10:15 PM. Big, heavy flakes are falling, and there’s no sign of it slowing down any time soon.

Partially due to pre-treating of roads, partially because of higher temperatures, the roads are still somewhat clear.

Update at 1:40 AM – Local plow crews are really starting to get the hang of this. With the snow beginning to taper off, main arteries, for the most part, are clear. Side streets are still largely snow-covered, and may present some challenges. Reports are coming in of some vehicles, including a Metrobus, getting stuck in the snow in the residential neighborhoods, but this morning’s commute may not be too bad… the plows are out and the long and growing list of delays and closures (which, it most be noted, would be laughable to anybody who has lived north of the Mason-Dixon line) should keep plenty of drivers off the road. We’ll be monitoring conditions around rush hour, and we’ll bring you updates as needed.