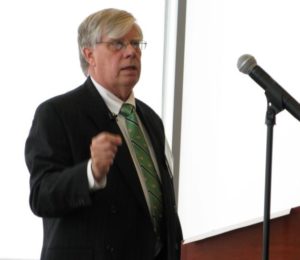 The current state of Arlington’s economy — recession and all — would make most other jurisdictions jealous, even during good years. And the county’s director of economic development sees even better times ahead.

Citing a new AED study, Holzheimer said he expects job growth to continue (Arlington was the only local community with significant job growth from 2007 to 2009), residential and commercial rents to rise, and development to soldier on, eventually.

“Arlington is not built out by any stretch of the imagination… we have a lot more to build,” especially when the commercial lending markets clear out, Holzheimer said.

Holzheimer expects a lull in new construction over the next couple of years, since projects currently in the development pipeline have stalled due to a lack of financing. He does not expect the financing issues, which have been plaguing the entire economy, to be fixed this year.

Counting both residential and commercial development, 24 projects are currently under construction or beginning construction this year. 32 projects have been approved and are awaiting financing or site plan changes. 13 projects are in the review stage. 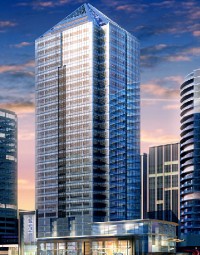 Among the projects waiting to be built is 1812 North Moore, a planned 35-story office tower in Rosslyn that would be the tallest building in the Washington area.

Holzheimer thinks the development lag may cause rents and real estate prices to rise significantly once the bull market returns, since growth in the demand for office space and housing will likely outpace the construction of new buildings.

That demand will be fueled by job growth, Holzheimer said. Arlington’s unemployment rate has peaked at a remarkably low 4 percent, and will likely fall thanks to Uncle Sam.

“Arlington will continue to see job growth, especially federal agency job growth, which will be the key to our economy,” Holzheimer said.

One area of weakness Holzheimer sees is condominium development.

“The condo market is totally dead,” Holzheimer said, adding that new Federal Housing Administration rules for underwriting mortgages will make it tougher for people to buy, sell and refinance condominiums.

AED’s study found that Arlington has the lowest office vacancy rate and the lowest average occupancy cost of any DC-area commercial district.

The study also noted that Arlington County has more square feet of private office space, and a lower vacancy rate, than the central business districts of Los Angeles, Dallas, Denver, Minneapolis, and Seattle. Arlington has roughly twice the office space of downtown Atlanta and a third the vacancy rate. 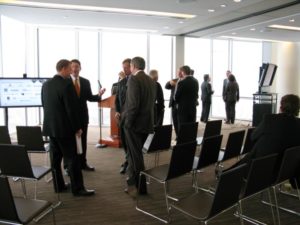 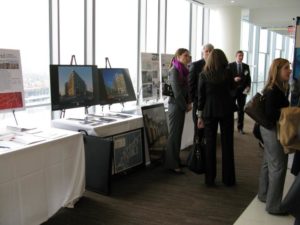 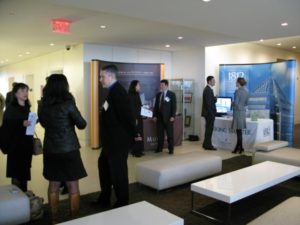 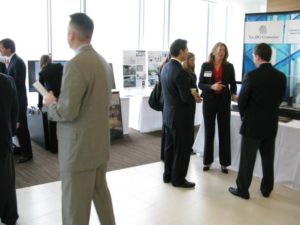