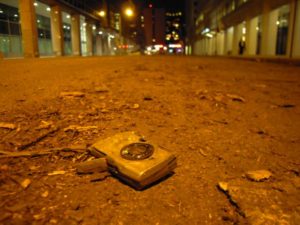 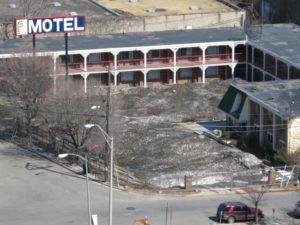 Succumbing to 60 degree temperatures, melting snow piles are revealing their secrets, giving way to dirt and some interesting debris.

In the parking lot of the defunct Crystal City Motel, what was once a mountain of snow that almost reached the building’s second floor is rapidly becoming a wide expanse of wet filth.

Elsewhere in Crystal City, a battered digital camera sat in the middle of a traffic lane where a pile of snow one stood. How it got there is anyone’s guess, but it’s clear it was run over, perhaps multiple times. Assumedly, it had been there, covered with snow, for at least a month.