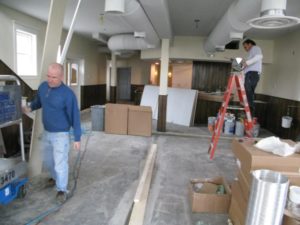 It’s still a work-in-progress, but yesterday we got a look inside Northside Social, Clarendon’s new coffee and wine bar.

Construction is taking place at a furious pace at the old Murky Coffee building. When we arrived after the short walk from Northside’s big brother, Liberty Tavern, general manager Alison Christ was surprised to see a chandelier already installed on the second floor, which the wine bar will call home.

On the first floor the makings of the coffee bar were coming together. Christ, formerly the sommelier at Willow Restaurant in Ballston, said the centerpiece of the store — a top-of-the-line espresso machine — was in the process of being flown in from Italy.

An adjacent “sun room,” which we’re told will be furnished with couches and other comfy furniture, was still barren concrete.

After it gets its necessary county permits, Northside will have seating for about 100 people, including 65 outdoor patio seats. With new stores popping up monthly, and with an added emphasis on outdoor seating and street life, Christ says she sees Clarendon developing into a “New York-style neighborhood.”

Northside Social will probably open between March 24 and 28, Christ said. When it does, expect a rotating roster of for-sale art from local artists and photographers, and some bike-friendly accouterments outside.

Worth noting: Lyon Hall, another Liberty Tavern project, is expected to open about a week after Northside. 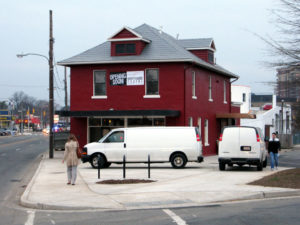 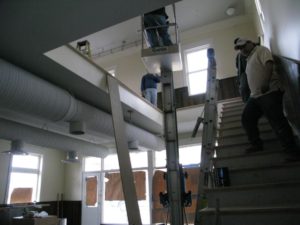 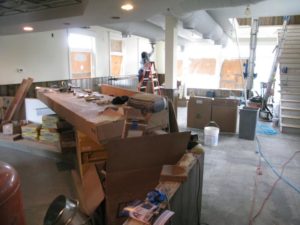