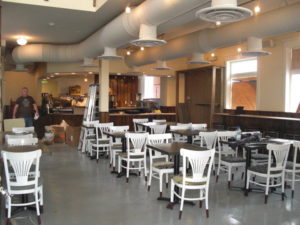 It’s almost here. The long-awaited Northside Social coffee and wine bar, located in the former Murky Coffee building in Clarendon, will open its doors for the first time, hopefully, either Thursday or Friday, although the opening may be pushed back until next week.

Management had initially hoped to open up earlier in the week but they’re facing one last regulatory hurdle, according to co-owner Stephen Fedorchak.

In case you’re having a hard time waiting for the grand openening, you can get a glimpse of Northside’s menu or check out their Facebook page.