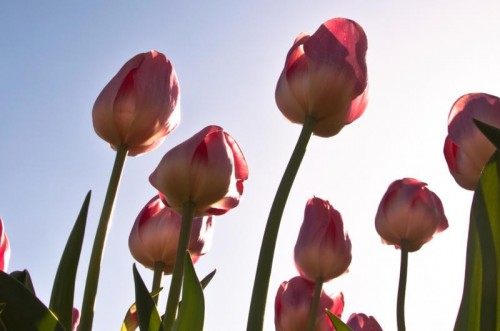 Maybe you’ve jogged by it and never quite knew why it’s there: thousands of colorful tulips in bloom between the Iwo Jima Memorial and Arlington National Cemetery.

The tulips are planted on the grounds of the Netherlands Carillon, a gift given to the United States on behalf of the Dutch people in appreciation for our sacrifices during World War II. It was dedicated on May 5, 1960, to mark the fifteenth anniversary of the Netherlands’ liberation from the Nazis.

The Carillon consists of fifty bells, which play various military hymns and anthems at regular intervals during the day. The bells occasionally play other songs for special occasions, like Auld Lang Syne on New Years Eve.

The Carillon is held aloft on a 127-foot tower designed by a leading Dutch architect. A clavier that can play all fifty bells is housed in a “playing cabin.”