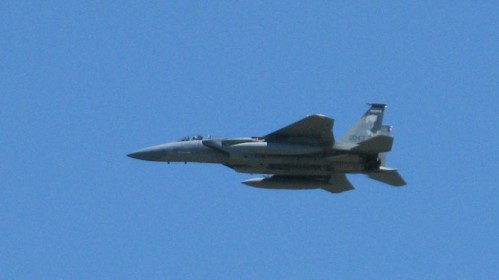 Then, in 2004, the BentProp Project, a California-based group dedicated to finding military wreck sites in the western Pacific, located the lost bomber.

The remains of the eight service members recovered from the crash site were buried together today in Arlington National Cemetery’s section 60.

One of the crew members was navigator Second Lt. Frank J. Arhar, who was just two days shy of his 22nd birthday when the plane went down.

“To at least know that they found him and he’ll be buried and we can have peace… it means a lot to us,” Arhar’s younger sister, Theresa, told the Johnstown, Pa. Tribune Democrat.

END_OF_DOCUMENT_TOKEN_TO_BE_REPLACED

More Stories
Lindy Hopping at the Clarendon BallroomTo Do This Weekend