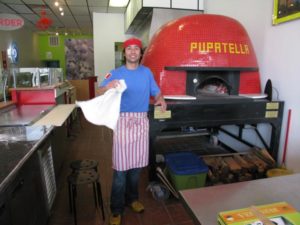 Pupatella, the pizza cart turned brick-and-mortar restaurant, will be welcoming its first sit-down customers around 6:00 tonight. Tomorrow is the official opening, but management says they’ll start serving anyone who comes in today.

Owner/couple Enzo Algarme, 30, and Anastasiya Laufenberg, 29, started selling made-to-order pizzas from a cart near the Ballston Metro in September 2007. Pupatella won praise, gained loyalty and made money, but it was their dream all along to open a real restaurant.

After saving up some money, the couple started looking for a storefront in February. They found 5104 Wilson Boulevard. Now they have parking, art on the walls, and a custom-made pizza oven from Naples, Italy. Oh yeah, and there’s gelato.

“It’s cool, it is a dream come true,” Algarme said.

Consistent with Algarme’s Italian roots, the restaurant is a family affair. The “Pupatella” name was actually the nickname of Algarme’s grandmother and the pizza boxes feature a prominent photo of Algarme’s one-year-old son.

The pizza cart will be out of operation while the couple focuses on the restaurant, but Algarme says he hopes to eventually get it back out on the street. 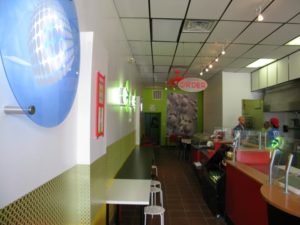 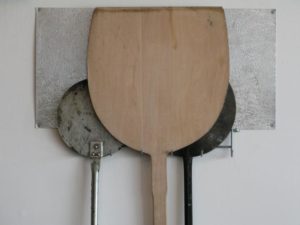 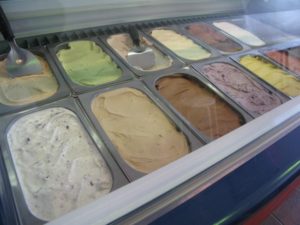 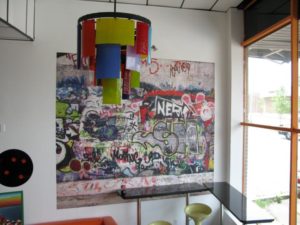