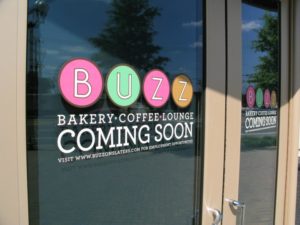 When one thinks of Ballston, an image of soulless office towers, paint-by-numbers “luxury” apartments and oversized bars located in underperforming shopping malls may come to mind. To some degree, that reputation is deserved.

For several years now, Ballston residents have watched with envy as Clarendon has attracted a steady procession of new, homegrown restaurant developments. Ballston has retained its favorite watering holes, but there has been a dearth of new reasons to stay in the neighborhood after quittin’ time.

“We love Ballston,” Babin said in a recent telephone interview. “It’s just what we have been looking for.”

Babin, whose group runs Tallula and EatBar in Lyon Park and Evening Star Cafe in Alexandria, is making a major investment in Ballston. His company is taking over almost an entire block’s worth of ground level retail space with jumbo-sized versions of two of its newer Alexandria restaurant concepts: Rustico and Buzz Bakery. 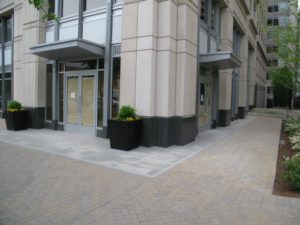 Rustico, as we’ve previously reported, will be a beer lover’s paradise. It will feature 400 bottled beers, 40 beers on tap and two cask-conditioned ales.

The menu will be similar to the Alexandria location, with a large wood-fired oven on premises for pizza and other hearty foods. Chef Steve Mannino will, however, introduce a few new items, including some Mediterranean-influenced dishes created with the wood-fired oven in mind.

Buzz Bakery will seek to do for Ballston what Northside Social is doing for Clarendon — create a WiFi hangout that attracts coffee-drinking and pastry-eating crowds in the morning, lunch-time crowds in the afternoon, and wine and cocktail-sipping crowds at night (there will be a small bar in the back). It should be noted that the first Buzz Bakery, on Slaters Lane in Alexandria, actually opened well before Northside Social.

Buzz will have “a few wrinkles in the menu” and a feel that’s “coherent with the original location,” Babin says. “What’s neat about the Buzz atmosphere is that it’s not the typical bar atmosphere, and if you want that you can go to Rustico.”

Buzz and Rustico will inhabit two separate storefronts on the 4000 block of Wilson Boulevard, in the Liberty Center development. The storefronts will be divided by a small courtyard that features a rhythmic water fountain. Each restaurant will have abundant outdoor seating.

Rustico is slated to open in August. (Update on 10/7: We’re hearing that Rustico should open by the end of October.) Buzz Bakery will open at an unspecified time later this year.

Rustico and Buzz will likely be plenty busy in their first few months of operations, but Neighborhood Restaurant Group is positioning the restaurants in a location that may have a longer-term payoff. A large development across the street is currently a giant hole in the ground, but eventually it’s expected to become a mix of residential, retail and office space, and — perhaps — a hotel. All of those workers, residents and visitors will only have to look across the street to find the whole gamut of food and drink needs covered: morning coffee, breakfast, lunch, dinner, dessert, beer, wine and cocktails.

Babin says the company is looking forward to serving the “amazing people who live and work” in Ballston.

“We’re excited about joining the neighborhood, we really are.” 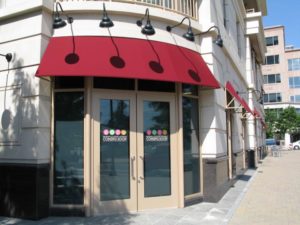 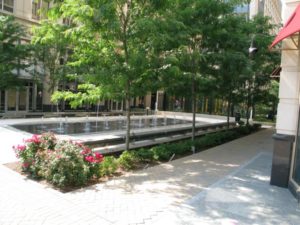