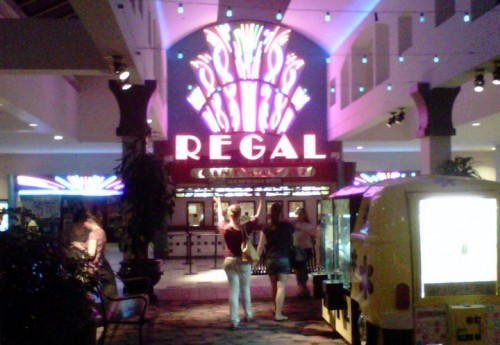 Twilight Fans Stay Up Late for Latest Film In Series — A sizable crowd showed up at the Regal Cinema in Ballston Common Mall last night for a midnight screening of The Twilight Saga: Eclipse. There was no mob scene outside — moviegoers with advance tickets steadily filed past the box office and into the theater. Most were exuberant girls and young women, although about one in ten was accompanied by a doting and expressionless boyfriend (or father). To accommodate the unusual crush of people coming out of the mall parking lot at 2:30 a.m., police directed traffic near the theater after the movie.

Byrd Funeral Will Take Place in Arlington — The funeral and internment of long-time Senator Robert Byrd (D-WV) will take place in Arlington on Tuesday. The funeral is scheduled to start at 11:00 a.m. at Memorial Baptist Church (3455 North Glebe Road). The service is open to the public, although seating is limited. Byrd, who died Monday at age 92, will be buried next to his wife Erma in a private internment at an Arlington cemetery.

Free Cab Rides Return for the 4th — For a while, it looked as though a lack of funding might cancel the SoberRide program for the Fourth of July. But thanks to last-minute donations, the program will be back offering free taxi rides in Arlington, the District, Fairfax, Loudoun and other locales. The program will cover fares of up to $50, but you must call 1-800-200-8294 to book the cab.

Summer Doldrums for Real Estate Agents — After a busy spring, local Realtor Laura Rubinchuk says there are not nearly as many people buying and selling homes this summer. More from Arlington Real Estate News.