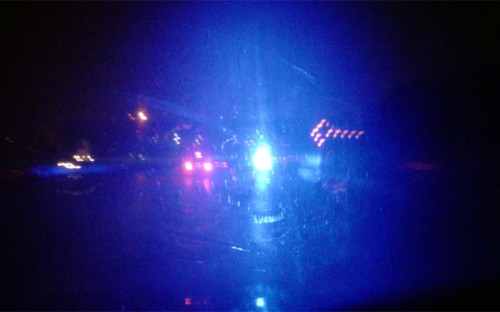 Northrop Spurns Arlington, Doesn’t Even Call — First, Northrop Grumman decided to head to the grassier, cheaper environs of Fairfax County. Now, it turns out Northrop didn’t even give a “thanks but no thanks” call to Arlington Economic Development, which had been working with the company as it considered a building in Ballston for its new headquarters. More from WBJ’s Sarah Krouse. Also: Northrop, if you’re reading this, you still owe us a call regarding the status of your Rosslyn office.

Metro Plans Confusing Service Change — Metro is considering shifting some Blue Line trains to the Yellow and Orange Lines by next summer to help expand capacity. Simple, right? Wrong. Our friends at Greater Greater Washington will make your brain hurt by trying to explain in 1,000 words how Metro plans to pull it off.

Jimmy Smits TV Show Coming to NBC With Arlington Scenes — Three months ago we told you that Jimmy Smits was filming a TV pilot near the Iwo Jima Memorial. It turns out the show will be airing on Friday nights this fall on NBC. Promos have started running on the network, and a longer series preview (complete with a half-second’s worth of Arlington) is available here.