What started out as a tiny taco cart is expanding to a full-fledged brick-and-mortar restaurant. District Taco announced today that they are taking over the space formerly occupied by Restaurant Vero at 5723 Lee Highway.

Owner Osiris Hoil says the fast food-style restaurant will be casual and family-oriented, with a front counter and plenty of tables. Since the storefront already has a full kitchen and other restaurant necessities, Hoil hopes to open the place as soon as September 1. (Update on 10/14: The opening is now said to be set for the first week in November.)

The larger kitchen will supply the District Taco stand with greater quantities of fresher ingredients, Hoil said. The stand has been a victim of it’s own success recently, running out of food just about every day.

The kitchen will also allow Hoil to show off some of his culinary prowess. Expect to see some of the periodic specials at the stand — ceviche, burritos, carne asade — become staples at the restaurant.

One notable omission from the menu, at least at first, will be cervezas. Hoil says he’ll probably wait about a year to start serving beer. Also, don’t expect to be able to order fish tacos any time soon — Hoil’s not a fan.

“I don’t serve anything I don’t like,” he said.

Asked how he felt about taking the plunge into the restaurant world, Hoil said he was looking forward to having a storefront to call his own.

Update on 8/31 — The opening date has been pushed back to October 1. 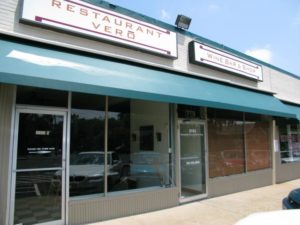 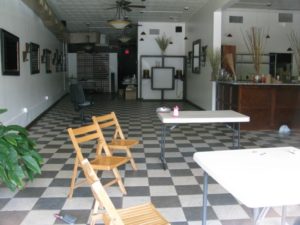