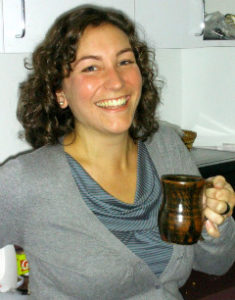 The full-time Arlington press corps is growing by 50 percent. Rebecca A. Cooper has just been named the Arlington neighborhood reporter for the forthcoming TBD.com.

“I’m thrilled!” Cooper told ARLnow.com. “Arlington has been my home for almost four years, and I’m always discovering new niches and quirks about the place. The area certainly has been crying out for some more coverage, and I’m excited to start adding to what’s already out there.”

Cooper will begin reporting on Arlington when TBD launches. The launch date is, well, TBD, but we’re thinking “by the end of summer” seems like a decent guess.

Prior to joining TBD, Cooper worked as a staff writer for DCist.com, covering mostly food, drink and culture. Her resume also includes three years as a community reporter on Long Island.

It’s worth noting that Cooper is the second DCist staffer to defect for TBD. Former DCist editor Sommer Mathis joined TBD in June.

END_OF_DOCUMENT_TOKEN_TO_BE_REPLACED

More Stories
Columbia Pike Library to Close for RenovationsCAGG: Thousands of Petition Signatures May Be Invalid