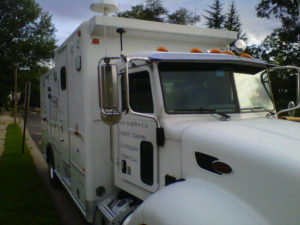 Last week we gently poked fun at whoever called police to complain about a satellite truck that was illegally parked at Park Drive and South George Mason Drive. Well, guess what? The truck is still there, and people are still complaining about it.

Police received another call about the truck last night at 6:00. We checked it out and found not a single vehicle parked near it. We noted that the four hour zone parking restriction has already ended, so at that time the truck was actually legally parked.

Also of interest: There were no parking tickets visible on the truck’s windshield.

We called the company that operates the truck, PSSI Global Services, to find out why such an expensive piece of equipment has been parked on a random residential street for so long. The individual on the phone said a company representative would call back later that night. That, of course, never happened.

So the mystery of why the truck is parked there, and why people are so bothered by it that they’re still calling police, continues. 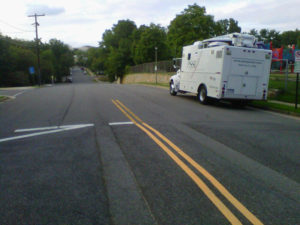 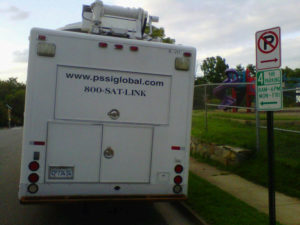