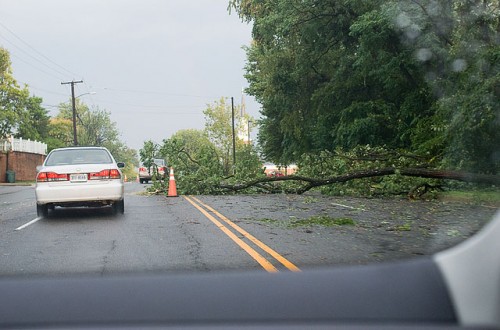 NWS: No Sign of Tornado in South Arlington — Despite photos of car windows blown out and mass tree devastation, a team from the National Weather Service found no evidence that a tornado caused the worst of the damage in South Arlington. More from Fox 5.

Arlington FBI Impersonator Sentenced — Arlington resident Brenna Marie Reilly, 29, who told people she was the director of the FBI’s Forensic Division and later convinced a neighbor to quit his job and serve as her assistant, was sentenced on Friday. She will serve 30 days in prison, four months of house arrest and three years of probation. More from the Washington Examiner.

Cat Fight Breaks Out Over Roaming Pets — In June, the Sun Gazette ran a opinion piece from someone who wasn’t too happy with his neighbor’s cat roaming in his yard. “Do I need my neighbors’ cat in my backyard when my wife and daughter are allergic?” he asked. Now, courtesy of the Huffington Post, we get a counterpoint. Blogger Tamar Abrams is apparently the owner of the offending feline. She shoots back: “For the record, his dog has peed on my yard. His dog has barked many times. But I can’t imagine complaining about that.”