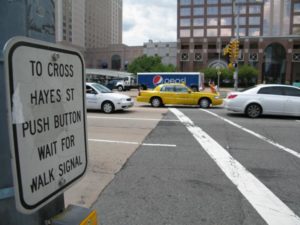 It’s getting more expensive to live in Pentagon City. Rent is expected to grow 4 to 7 percent over the next five years, according to online real estate publication GlobeSt.com. That follows a 4.9 percent increase in rent over the past year, according to a report from RED Capital Group.

The rise in residential rent comes at a time when a number of Pentagon City apartment complexes have sold at sky-high valuations. The Hampton Apartments at 1425 South Eads Street recently sold for $33.5 million, and the Metropolitan at Pentagon City luxury high-rise at 901 South 15th Street just sold for $125 million, according to the GlobeSt.com article.

Arlington Economic Development Director Terry Holzheimer says part of the reason for the increase in effective rent in Pentagon City may be due to the pricey new luxury apartment buildings which have recently started leasing in the area, bringing up the average. He said market fundamentals — higher-than-usual unemployment, stagnant personal income growth — don’t seem to support significant rent increases.

But higher rents on existing apartments have been pushing some residents out of the area. The Lenox Club apartment building at 401 12th Street South has been raising rent across the board by a minimum of 5 percent this year, according to a building representative. The rent increase has prompted a crush of moving van traffic as residents flee for cheaper buildings. That, in turn, has prompted management to bring in sign spinners to help attract new tenants.

It’s not clear what effect BRAC job losses will have on rent in Pentagon City, especially at a time when housing inventory continues to increase. As of the first quarter of 2010, 308 apartment units were under construction.