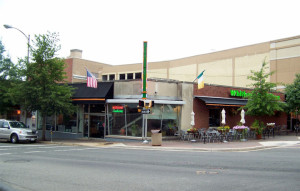 Whitlow’s plans to open its new rooftop deck at some point next month, but it will be opening with a different name than originally announced.

Instead of “Fu Bar” — a military reference that also hinted at an envisioned Asian influence — the deck above Whitlow’s on Wilson will now be called… drumroll, please… Wilson’s on Whitlow’s.

A few ARLnow.com readers called the Fu Bar name “lame.” (We liked it, actually.) What does everybody think about “Wilson’s on Whitlow’s?”