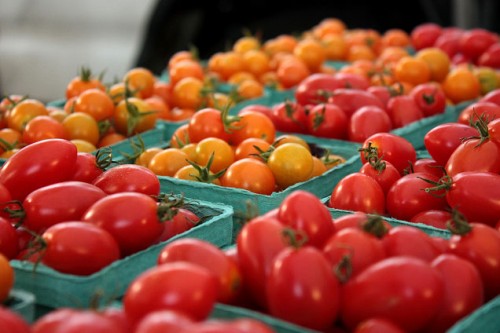 Great Day to Be Outside — It’s supposed to be a near-perfect day weather-wise. Why not stop by the Rosslyn or Ballston farmers markets, or take in some after-work outdoor tunes in Clarendon? See the hours and locations for each in our events calendar.

Go-Go Comes to Crystal City — This weekend, the Hyatt Regency Crystal City will host a late-night concert featuring some of the original legends of go-go. The Rare Essense: Past, Present and Future Reunion is expected to draw a large crowd on Saturday. Starting at 9:00 p.m. and ending at 3:00 a.m., the show will feature a special tribute to the late go-go pioneer Lil Benny. His original band, Rare Essence, will perform, along with EU and Sugar Bear.

McDonnell ABC Plan: 14 New Places to Buy Booze in Arlington? — Gov. Bob McDonnell’s plan to privatize liquor sales in Virginia would triple the number of stores selling booze in the Commonwealth. Arlington currently has seven state-run ABC retailers; assuming that the new licenses are evenly distributed throughout the state, that could mean Arlingtonians will have 14 new places to get their hooch. Grocery stores and other big-box stores would be the biggest beneficiaries of the new licenses, followed by drug stores and package stores. But first, McDonnell’s plan must be approved by a skeptical state legislature.

Write-Up for Willow — According to Washington Life Magazines’ Katie Test, “the patio at Willow Restaurant is the perfect place to say goodbye to summer.” Test writes that the patio’s lush greenery and Willow’s delicious, summery meals are just the thing to take your mind off the gradually falling temperatures.