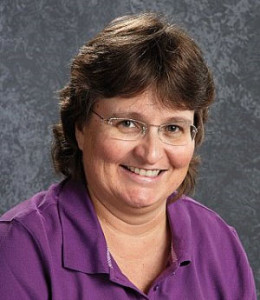 Colette Fraley, a social studies teacher at Wakefield High School, has been named 2011 Teacher of the Year for Northern Virginia. The honor, bestowed by the Virginia Department of Education, comes five months after she was named Arlington Public Schools 2010 Teacher of the Year.

Fraley learned of the honor today when APS superintendent Dr. Pat Murphy and Wakefield principal Dr. Christian Willmore made a surprise visit during her fourth period U.S. Government class. She was presented with flowers, a letter from Virginia Gov. Bob McDonnell and a congratulatory certificate from the Department of Education.

Fraley, who has been with Arlington Public Schools for 10 years, will now be considered for the title of Virginia Teacher of the Year, which will be awarded at a banquet on Oct. 15 in Glen Allen, Va.

Previous Arlington teachers to be named Teacher of the Year for Northern Virginia include Laurie Sullivan (2004) and Robin Liten-Tejada (2002).