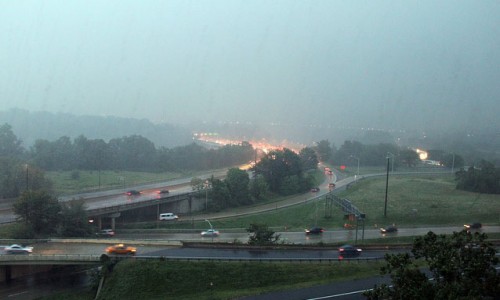 Arlington Woman Hits Lotto — An Arlington woman who won $1 million playing the Mega Millions game is expected to pick up her prize today. So far, the new millionaire’s identity is unknown. More from WTOP.

Arlington Schools to Get iPads — Arlington school officials are using a state grant to buy about 70 iPads. Meant to increase participation in a state “Beyond Textbooks” program, the grant will provide iPads to a fourth-grade social studies class at Drew Elementary and two world history classes at Washington-Lee High School. More from the Washington Examiner.

League of Women Voters to Hold Referendum Discussion — In the wake of this year’s unsuccessful attempt to change Arlington’s form of government by referendum, the League of Women Voters is holding a panel discussion entitled “Citizens Making Change in Arlington: How Does the Referendum Process Work, and Does It Work Well?” The talk is taking place at the Arlington Career Center main hall (816 S. Walter Reed Drive) from 7:00 to 8:30 p.m.

Read more →
More Stories
Get Ready For the DelugeUPDATED: Two Injured By Turbulence on DCA Flight