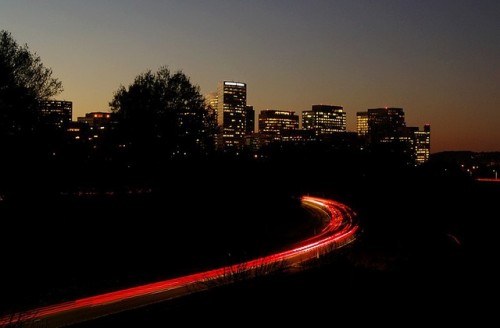 Public Forum on Proposed Pike Streetcar — A public meeting will be held tonight to discussed the proposed Columbia Pike/Crystal City streetcar. The meeting will be held from 7:00 to 9:00 p.m. at the Walter Reed Community Center (2909 16th Street South). We’ve heard from a few streetcar critics who plan on attending the meeting. They might be surprised to learn that their sentiments aren’t shared by Gov. Bob McDonnell, who told WTOP that Arlington is doing “a good job” with the streetcar project.

Capitol City Brewing Co. Expanding in Shirlington — After losing the lease on its Capitol Hill location, Capitol City Brewing is planning on moving its brewing operations to Shirlington. The company is taking over an adjacent property to enable the expansion, which will make it one of the 10 largest brewpubs in the County. More from Shirlington Village Blog.

George Mason Drive Reopens — George Mason Drive has reopened near Virginia Hospital Center. It was closed for most of the day yesterday, following a powerful storm that knocked over trees and snapped power lines.

END_OF_DOCUMENT_TOKEN_TO_BE_REPLACED

More Stories
Thank You to Our AdvertisersMore Problems for Metro