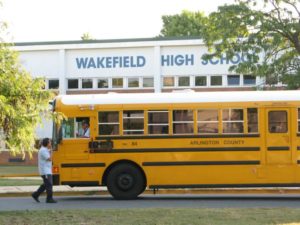 A new survey of Arlington high school and middle school students, cited this morning by the Sun Gazette, shows that certain vices, like drinking, are on the decline.

The bad news is that Arlington students are, in fact, still drinking, joining gangs, smoking pot and carrying weapons in somewhat surprising numbers.

According to the survey, the percentage of 10th and 12th grade students who reported binge drinking in the past month has fallen from 29 percent in 2004 to 22 percent in 2010.

The percentage of middle school and high school students who have carried a weapon in the past month is 10 percent, down from 14 percent six years prior.

The percentage of students who say they’re a member of a gang is down to 3 percent. While lower than the 8 percent of kids who said they were gang members in 2004, the fact that there are an average of three gang members in every four Arlington middle and high school classrooms is still striking.