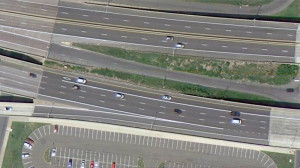 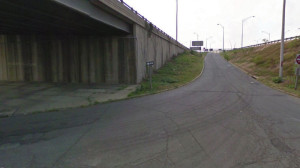 VDOT is planning to widen the ramp from the HOV lanes of I-395 to Eads Street in Pentagon City.

The project would add an extra turn lane to the ramp, which often gets backed up during the morning rush hour. The ramp serves commuters heading to both Pentagon City and to the Pentagon itself. The left turn necessary to head to the Pentagon parking lots is a bit tricky, leading to some of the backups.

VDOT advertised the project in yesterday’s Washington Post. The agency says it will hold a public hearing on the project if anyone requests it in writing.

The proposal seems rather uncontroversial. The ramp is tucked away in the existing I-395 concrete jungle next to the Pentagon, several blocks from the nearest residential building. A VDOT report found no significant adverse impacts resulting from the project.