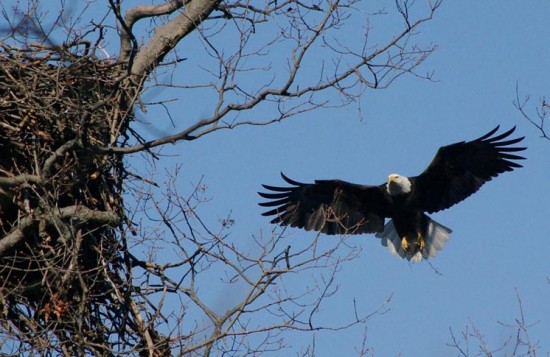 Illegal Immigrant Bills Killed in State Senate — Most of the bills that immigrant advocates spoke out against at a rally last week have suffered a quiet death in a state Senate subcommittee. The bills would have prevented illegal immigrants from attending public universities in Virginia and would have required citizenship checks for anyone arrested by police. [Washington Examiner]

Cyclist Gets Doored on Clarendon Boulevard — It’s a non-uncommon tale of woe from the cycling world. A bicyclist was riding in the bike lane on Clarendon Blvd when a parked motorist suddenly opened his door. A collision ensues. Police and medics are called. The next day, however, the injured bicyclist wasn’t able to get the driver’s insurance information from police. While this raises police procedure questions, there is also the larger question: Is there a way for drivers and bicyclists to share the road without injuring or cursing at each other? [TBD, Patch]

Charlie Davies Signs with D.C. United — Soccer phenom Charlie Davies will be playing for D.C. United this season, on loan from the French club FC Sochaux. Davies is still trying to get up to full-speed after suffering serious injuries in crash on the GW Parkway in October 2009. The crash, which killed one female passenger, happened on the Arlington section of the GW Parkway, just past Memorial Bridge. [Washington Post, FanHouse]