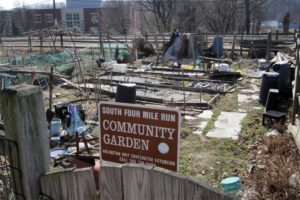 There are eight community gardens around Arlington, and each has a wait list. At the South Four Mile Run garden, however, one gardener is wondering why the county is allowing the high-demand plots to fall into a state of disrepair.

“I am a co-gardener of a garden plot in the Fort Barnard Community Gardens, [and] if my garden plot looked the way that many of the plots on South Four Mile Run do, my plot would be considered abandoned and the privileges to the plot would be revoked,” the man wrote in an email to a county official. He asked that his name not be used in this article.

“Nearly all of the plots are in violation of one or more of the County Community Garden Rules,” the gardener wrote. “I waited for 2 years to get a garden plot. To see residents [who] have garden plots neglect them and not use them to their full potential is frustrating.”

The man called the Four Mile Run garden an “eyesore” and said sent photos along to prove it. He said the photos show:

The county’s 200+ community garden plots are in high demand among apartment and condo dwellers who have a green thumb but no land to call their own. But Jamie Bartalon, the landscape and forestry supervisor for the county’s parks department, says that regulations only require the gardens to be cleaned up in time for the summer growing season. 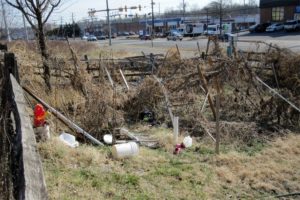 “The rules for the community gardens do require that plot-holders have their plots cleaned up and ready for gardening by May 15,” he said.

Bartalon said the parks department “occasionally” gets complaints, although he was unable to provide the number of complaints received or other related statistics. 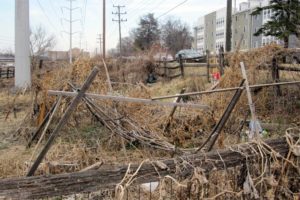 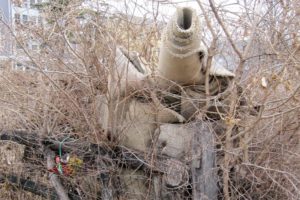