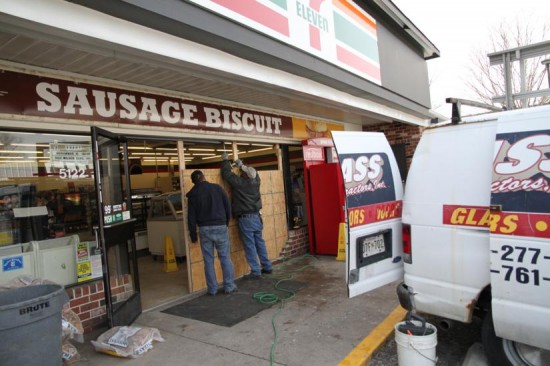 An SUV came crashing through the front of the 7-Eleven on Wilson Boulevard near George Mason Drive this morning.

As customers were arriving for their morning coffee, a vehicle described as a new Toyota Rav4 hopped the curb, smashed through a low brick wall, a door and a plate glass window. Nobody was hurt.

In addition to the busted-up storefront, some merchandise in the SUV’s path — including at least a dozen cases of beer — appeared to have been damaged and strewn about the floor.

Workers have boarded up the broken windows and the store is now open. The store’s clerk said the driver was an employee who had recently learned how to drive. 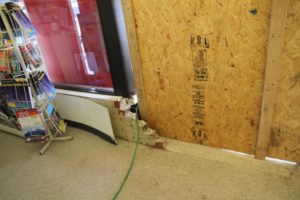 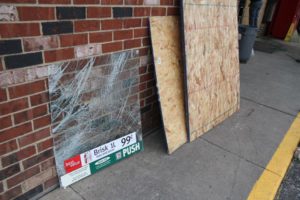