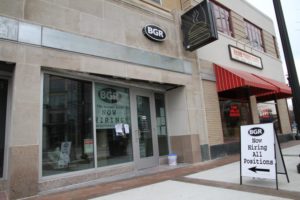 BGR: The Burger Joint is preparing to open its new Clarendon location next month.

The restaurant, located near the corner of Wilson Boulevard and North Highland Street, next to Hard Times Cafe, is still in the midst of construction. But exterior signs are up and much of the interior decorating is complete. General Manager Greg Comer says he expects the restaurant to open at the beginning of next month, perhaps as soon as April 1.

“It’s coming along pretty well,” he said outside the store today.

The restaurant will employ 20-25 people and seat about 40. The menu will be similar if not identical to other BGR locations. Comer said he’s still hiring for a few positions, adding that details are available on Craigslist.

He said he’s not afraid of competition from the similarly-named but otherwise unrelated Brgr:Shack restaurant up the road in Ballston. In fact, he said, he’s hired a few of their employees.

This is BGR’s sixth location. The company’s Lee Highway location — its fourth — opened a year ago.

Comer said that the company has been learning how to handle the large crowds its restaurants seem to attract. He promised that wait times for burgers won’t be as long as they were shortly after the Lee Highway location opened. 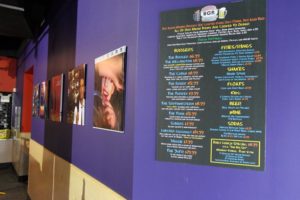 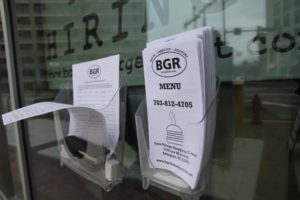