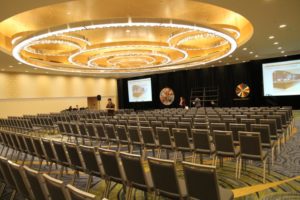 In January, the National Mastitis Council brought its annual meeting to Arlington. Approximately 400 people from around the country and around the world gathered for four days and three nights at the Hyatt Regency Crystal City to discuss the latest advances in improving milk quality and maintaining the health of cow udders.

Each year, dozens of such specialized industry events quietly come to Arlington, spend bundles of money and leave without most residents even knowing they were here. All told — while there’s no official accounting of it — there are likely hundreds of meetings, conventions, tour groups and reunions that stay in Arlington hotels on an annual basis. And there are millions of dollars to be made from those gatherings — by hotels, restaurants, taxi companies and the county government. 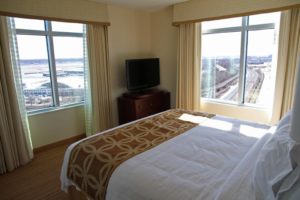 The average size of a meeting booked through the Arlington Convention and Visitor’s Service is 175 people, according to Arlington Economic Development spokeswoman Karen Vasquez. The average meeting attendee spends $116 per day in Arlington on things like meals, transportation, shopping and attractions. Meanwhile, the average hotel room in Arlington is just over $165 per night.

Put that together, and you have the average three-day meeting producing about $118,650 worth of spending in Arlington County. Of that spending, the county collects a 4 percent tax on meals and a 5.25 percent tax on the hotel room. Not a bad haul for a random meeting of a group that most people have probably never heard of — like the International Society for Medical Publication Professionals.

(The hotel tax will be going down to 5 percent in 2012 thanks to political wrangling in Richmond. The 0.25 percent that Arlington will lose had been going to fund Arlington’s tourism promotion efforts. In its new budget, the County Board included one-time funding to keep the tourism office open through the middle of 2012.)

After a jump, a list of some of the other meetings that have recently come or will be coming to Arlington.