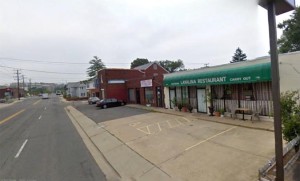 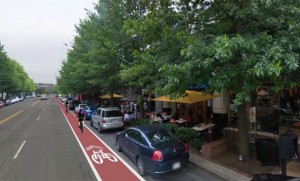 County Board Member Mary Hynes seemed a bit surprised at last night’s Bluemont Civic Association meeting when she started fielding questions about a development plan for the North Arlington neighborhood.

“It’s not on the county’s radar,” she told anxious residents and businesses owners who had gathered in the library of the Arlington Traditional School.

It turns out that the plan everybody wanted to talk about was not a county plan at all, but a private plan commissioned by the leaders of the civic association. The 32-page document, which includes renderings of an imagined “Bluemont Village Center” along Wilson Boulevard, was created after civic association leaders decided just over a year ago that it would be prudent to begin thinking of the neighborhood’s long-range (10-20 year) future as part of its upcoming neighborhood conservation plan.

The reasoning, as explained by the civic association’s president, was that the Bluemont Safeway (5101 Wilson Blvd) — which seems to be serving fewer and fewer customers lately — may decide to sell its large property. If that were to happen now, the neighborhood wouldn’t have much of a say in the kind of business they sell it to. A plan could help guide the use of the land so that it — and properties around it — could be gradually transformed into an attractive, pedestrian-friendly commercial district. 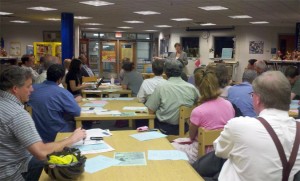 Without seeing the plan itself, Hynes spoke in generalities.

“These edge properties [along Wilson Boulevard] present some really interesting opportunities to get some neighborhood-serving businesses,” she said, promising: “I will follow up on that.”

Not so fast, said a number of residents and local business owners, concerned about the effects on the neighborhood and on the small businesses whose existing buildings were digitally erased in the renderings.

“Small is beautiful, we like small and we don’t like big,” said another resident. “We don’t want huge corporations coming in.”

“I would strongly oppose this plan,” said yet another.

Some business owners argued that their businesses would be “wiped out” by the planned redevelopment, which would likely result in higher rents. They added that while surveys about the plan were sent to residents, they did not receive proper notification.

Civic association leaders, however, assured critics that the plan was created to gather community input, not to force anything on the neighborhood. But, they argued, being proactive about redevelopment is better than waiting.

“Development happens, things will change,” said a plan supporter. “I want this to be a viable community.”

Despite an informal discussion with developer JBG, civic association reps told the audience that they weren’t working with any specific builders on the plan.

With the meeting running long, discussion of the plan was tabled until May. 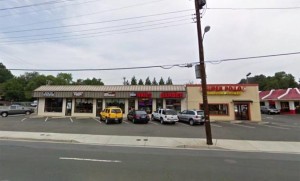 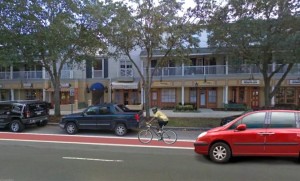 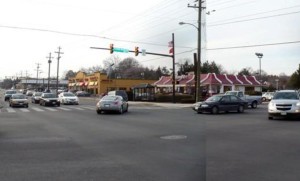 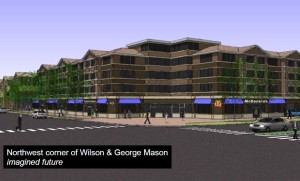 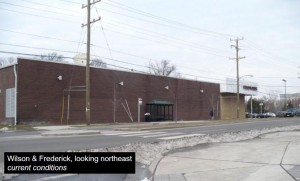