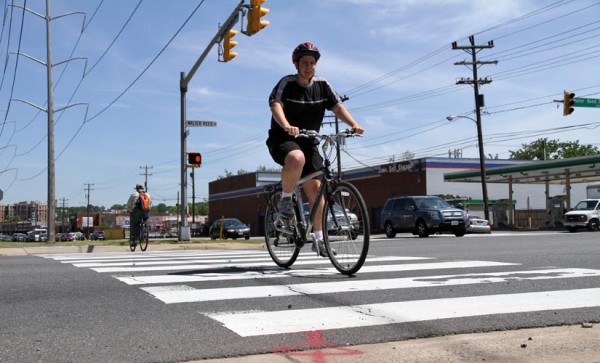 New Massage Business on the Pike — A new massage parlor on Columbia Pike is advertising its services in the ‘Adult Entertainment’ section of Backpage.com. “Friendly and well trained sweet Asian staff are waiting for you!” the ad says. [Pike Wire]

Was the Internet Really Invented in Arlington? — County officials have been touting the role of the Arlington-based Defense Advanced Research Projects Agency in the creation of the internet, but does DARPA — and Arlington — really deserve credit as the birthplace of the internet? In an article entitled “Mythbusting,” We Love DC’s Tom Bridge says that he’s skeptical. [We Love DC]

Couric a No-Show at Pentagon City Book Signing — Arlington native and outgoing CBS Evening News Anchor Katie Couric was a no-show at a scheduled book signing at the Costco in Pentagon City. What forced her to cancel the event? Her Twitter account offers few clues. [Glittarazzi]

Shirlington Dog Park May Ban Kids — Arlington County is reportedly planning on banning all children under 8 and unaccompanied children between the ages of 8 and 14 from the Shirlington dog park. [Examiner]