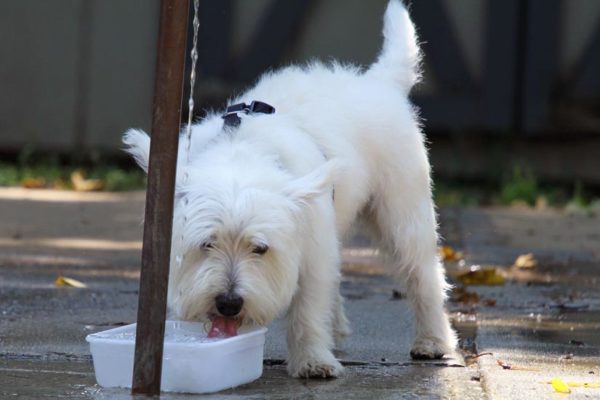 Waterfall on I-395 — NBC4 captured video early Thursday morning of a burst pipe underneath the 34th Street Bridge. The rupture sent a torrent of water onto I-395 for more than an hour. The old pipe that created the “waterfall” was reportedly patched up by 2:30 a.m. Utility crews are planning to make permanent repairs. [NBC Washington]

Burger Cook-Off For a Good Cause — The newly-minted Harry’s Smokehouse in Pentagon City mall will be holding a fundraiser for D.C. Central Kitchen on Sunday. From 6:00 to 9:00 p.m., “three teams of DCCK chefs-in-training will battle to create the city’s tastiest mini-burgers.” In addition to the burgers, attendees will be able to sample ribs, brisket and other BBQ items from Harry’s. [Eventbrite]

Woman Complains About Mosquito Spray — An Arlington woman has taken to her neighborhood email listserv to complain about a chemical spray used by one of her neighbors. Kate Pemberton says she and her young daughters walked through a cloud of “neurotoxin” while returning from school, thanks to an extermination company that was applying an anti-mosquito spray to a customer’s yard. Pemberton says she reported the incident to county officials, but was told that there was nothing they could do about it. The story was reported by Press Action, a left-leaning environmental news web site. [Press Action]