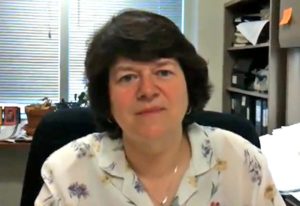 “She brought a high level of professionalism and a strong sense of fairness to her work,” Brosnan said. “She arrived in Arlington at a time when the Zoning Office was beginning a transformation into a higher performing organization and she has helped shape the office and the work of the staff in a very positive way. We thank her for her service to Arlington County, and wish her the very best as she embarks on this new challenge.”

Artman plans to leave her position in August to join the Virginia Theological Seminary, where she will pursue her dreams of becoming an Episcopal minister.

Artman became Arlington’s zoning administrator in 2008, after 11 years with the Loudoun County government. She has 37 years of public service experience, including 25 in Northern Virginia. Her tenure in Arlington has been marked by a string of controversies tied to her by-the-books enforcement of the county’s stringent zoning code.

“By many accounts, Artman hasn’t been a favorite person among property and business owners,” TBD.com noted last year, in an article about Artman’s desire to help with the comprehensive rewrite of the county’s zoning ordinance.

Brosnan says he will name an acting Zoning Administrator “soon.”