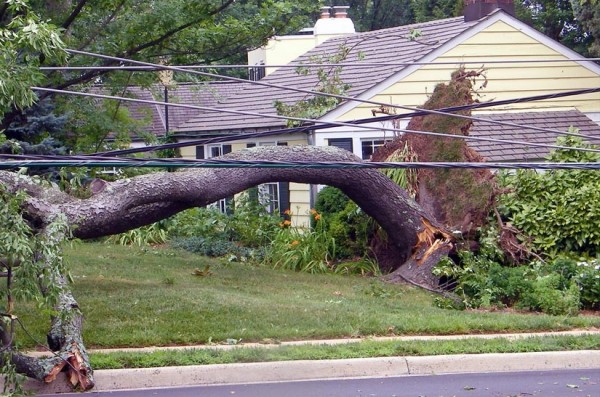 Storm Damage Caused by ‘Macroburst’ — The National Weather Service says the extensive damaged caused by Sunday night’s storm was caused by a “macroburst” — a larger version of a microburst. The macroburst brought winds of 60-70 miles per hour to some North Arlington neighborhoods, causing trees and power poles to snap in half. [MyFoxDC]

RV Catches Fire on GW Parkway — Traffic was brought to a standstill on the GW Parkway Monday morning when an RV burst into flames. Dark, billowing smoke from the fire could be seen across the river in D.C. The driver got out safely, but the RV was a total loss. [NBC Washington]

Pike Residents ‘Want it All’ — Columbia Pike residents who participated in last week’s ‘charrette‘ process “want to have their cake and eat it too,” in the words of one planner. The county is working to satisfy their demands for expensive amenities and preserved affordable housing. [Washington Examiner]