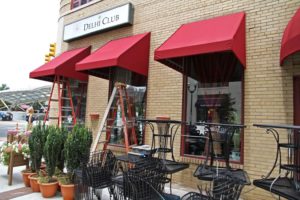 It’s been more than a month since a kitchen fire shut down Clarendon’s Delhi Club restaurant (1135 N. Highland Street). Now, after numerous delays, the restaurant is hoping to reopen next week.

Dehli Club manager Mir Hussain, who originally hoped to reopen within a week of the fire, says he’s working to obtain one last county permit before the restaurant can finally open its doors again. In the meantime, ladders are up and some work still continues on the restaurant’s interior and exterior

Hussain says he anticipates getting the county permit soon, and opening the restaurant at some point next week.