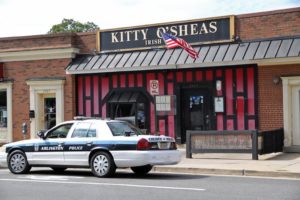 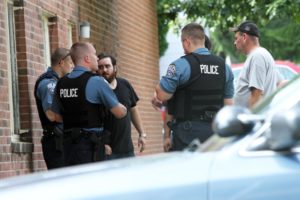 There was more bad blood over the shuttering of Courthouse-area Irish pub Kitty O’Shea’s (2403 Wilson Blvd) this afternoon.

The pub closed over the weekend, the culmination of a long legal battle between owner Danny McFadden and landlord Ray Schupp over McFadden’s lease. Today, just after 3:00 p.m., police were called to Kitty O’Shea’s for a dispute.

McFadden told ARLnow.com that he was moving items out of the building and got into a disagreement with the landlord over what belonged to whom. Police told the two parties to resolve the issue amongst themselves, McFadden said.

Within the past five minutes, police were called to the pub again after McFadden said the landlord had changed the locks.

END_OF_DOCUMENT_TOKEN_TO_BE_REPLACED

More Stories
Crime Report: …in the Back EditionMorning Notes