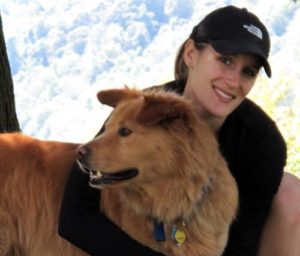 An 18-year-old Arlington man has pleaded guilty to reckless driving after a crash that killed a 28-year-old woman and her dog near Washington-Lee High School.

Joseph DiFilippo pleaded guilty in Arlington General District Court on Aug. 25, prosecutors say. He was sentenced to 12 months in jail, but the entirety of the jail term was suspended on the condition of good behavior and the completion of 200 hours of community service. DiFilippo is also required to speak about his actions before monthly driver’s license presentation ceremonies held at the Arlington County courthouse. Additionally, his driver’s license was suspended six months, the maximum allowed by state law.

“Pursuant to a plea agreement, three other traffic infractions were dismissed,” said Assistant Commonwealth’s Attorney Jennifer Clarke. She noted that DiFilippo had a valid driver’s license at the time of the accident, despite an initial charge of driving without a license.

Members of the victim’s family were present at the sentencing hearing, and testified about how the accident impacted their lives, Clarke said. 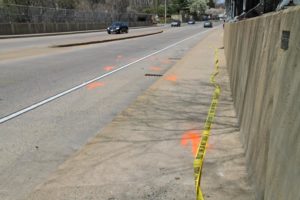 The accident occurred around 7:30 a.m. on Monday, April 11, as 28-year-old Arlington resident Alison Drucker was walking her dog across the Quincy Street Bridge. A statement of facts was not entered as part of the plea, but after the accident police said that a pickup truck driven by DiFilippo struck Drucker and her dog, Buckley, as the truck was traveling northbound on Quincy Street. The dog died at the scene and Drucker suffered a serious head injury. She died in the hospital two weeks later.

Prosecutors say the plea deal’s lack of jail time was a reflection of the evidence in the case.

“The charge brought against the defendant and the plea agreement which was reached was based upon extensive consideration of the evidence. Some cases are stronger than others and we are limited by the unique facts and evidence of each case,” Clarke said. “After consideration of the facts of this case, the case law which has interpreted and applied the Virginia reckless driving statute, and our burden of proof, we concluded that the plea agreement was appropriate.”

“As prosecutors, our decisions must be based upon the law and the evidence,” Clarke added. “However, as people, our hearts go out to the Alison Drucker’s family. The plea agreement should in no way be seen as a reflection of the great sympathy we have for the Drucker family and the loss which they have suffered.”