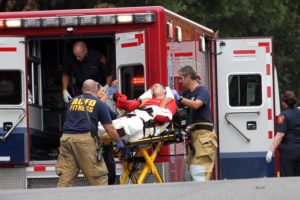 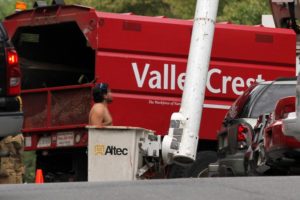 A man suffered a serious arm injury this afternoon after reportedly being cut by a chainsaw.

Initial reports suggest the man was in a bucket truck doing tree maintenance at an apartment complex on the 2000 block of Columbia Pike when the chainsaw accidentally cut him in the bicep. Paramedics were called, a tourniquet was applied, and the man was rushed to the hospital.

At first, the call came in as a possible amputation, but medics on the scene reported that the arm was still attached.